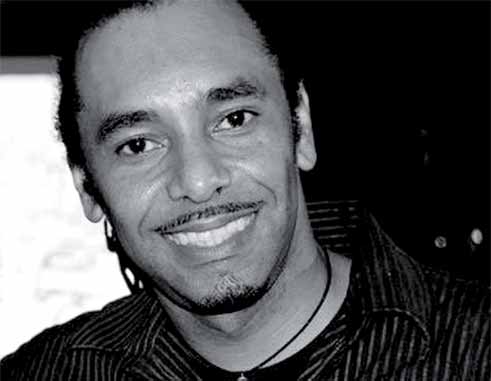 YOU know that I couldn’t let Father’s Day pass without doing a piece dedicated to the MEN who go all out for their children and even those who go out for children who are not theirs per se.

Today’s Face In The Crowd is one of the most doting fathers that I could think of and just the sight of him with his two beautiful children is enough to rot your teeth.

Shayne Cherry who hails from Canaries is a TV Producer, Host and copywriter with Mediazone/Choice TV.

Cherry’s sharp wit and tact has made him a force to be reckoned with but it was fatherhood that exposed this croc’s soft underbelly.

Cherry epitomises the image of a father with his pure dedication and love for his offspring that runs deep within his everything.

Here is what he had to say about the most important role that he ever has and ever will play in his life.

The VOICE: What are your views on fatherhood to begin with?

Shayne: First of all, fatherhood is not just a biological thing. Just because you had sex with a woman and got her pregnant, that does not make you a father yet. Fatherhood has social, ethical, communal and civic considerations, implications and responsibilities. I think a father has to strive to ensure that 1) his child/children are raised to be as good or better person than he is, 2) they are afforded opportunities that he had, or wanted to have, and more, 3) that they make a valuable contribution to society/country. Some people say I had children late in my life. My friends even teased me for years. But that was by choice and not by chance. I firmly believe that most 28 year old men are not old enough to be fathers. So you can image my views on a 21 year old getting a woman pregnant. A man has to be mature, emotionally, morally and socially, prepared financially and settled, on many levels, for him to be a good father.

The VOICE: If you can find the words, tell me how you feel about being a father.

Shayne: Being a father is the greatest achievement of my life. To watch your children growing up healthy, smart, well-mannered, with a good sense of what’s right and what’s wrong, and a mother who loves them and you, is the most amazing thing in the world. Nothing you can do for the rest of your life will ever trump the feeling of pride and joy that you get from your children’s achievements. Watching your children take their first step, is like you taking a first step on a new planet. Hearing them utter their first full sentence, or count to five, or write a letter, that achievement belongs to you too, because of the pride you feel.

The VOICE: What has been your fondest memory of fatherhood?

The VOICE: With that said, what has been your worst experience?

Shayne: The worst experience any father can have is seeing his child in pain not being able to take that pain away immediately. My daughter had a stiff neck once, and when we took her to the doctor, she wanted to rule out meningitis first. That includes spinal tap. LORD! The needle was not in my back, but I could feel her anguish. I almost cried.

The VOICE: What kind of father would you say that you are?

Shayne: I can tell you the kind of father I am constantly trying to be…..you will have to ask Mommy to verify that I’m achieving it. First of all, I want to be the father I would want for myself. I always try to put myself in my children’s shoes, to feel what they feel, and know what they need. I would want a father who knows that quality time and loving their mother unconditionally, is one of the greatest gifts he can give his children. A father who is a clown when he has to be, a stern yet fair judge, a doctor, a chef, a teacher, a horsey for rides, a shoulder to cry on, and whose shirt becomes a napkin for runny noses.

The VOICE: What kind of relationship did you have with your own father and what did you learn from him if anything at all?

Shayne: I never had a relationship with my father. And that is the greatest lesson I learned from him. His absence has taught me what I would not want to be. You must have a healthy and positive relationship with your children. You must be there with them and for them. People might think it a small thing, but simply being able to say good morning and good night to your children in person, for me, is one of the fundamental factors of fatherhood. You just have to be there.

The VOICE: How important do you think the roles of fathers are in the lives of their children as opposed to mothers who seem like they can do it all? In other words, do you think they are relevant?

Shayne: My mother raised me on her own but she had to be both a mother and a father. And the many single mothers out there are playing both roles. If that’s not proof that children need both parents, I don’t know what is.

The VOICE: Finally, to the men of St. Lucia, what words of advice and encouragement would you give to them to become better fathers?

Shayne: First of all….to the young men. Take your time. Spend your early years exploring the world, learning about people and life. You can’t be a leader if you’re still trying to find yourself. Your children will look to you to lead them. If you haven’t been there yourself, you have to at least know about where you’re going to lead them. Secondly, don’t just be a biological father, a DNA contributor, a sperm giver. There are animals that do better than that. You have to be there for your children, literally. You have to help raise them. Thirdly, be the best person you can be, for yourself and for your children. Your success in life will become theirs too. Watch the things you do and say, and how you treat people, especially the least among you. Your children are watching what you do. They will do what you do and not what you say to do. Your children are like your reputation, they carry your good name and character long after you’re gone, so make sure you raise them to reflect that.