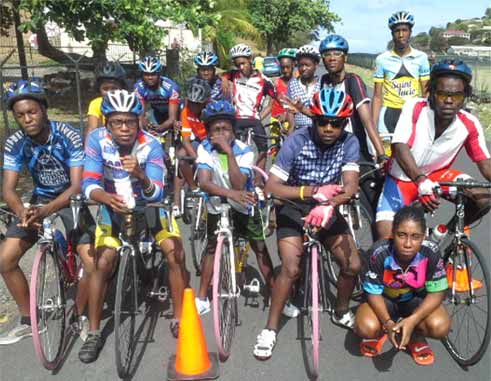 Olympic Week got off to an enterprising start last Sunday morning, with the staging of the Olympic Day run by the St. Lucia Olympic Committee (SLOC).

The event that is a symbolic one was introduced in 1948 to commemorate the birth of the modern Olympic Games on 23 June 1894 at the Sorbonne in Paris. The goal was to promote participation in sport across the globe regardless of age, gender or athletic ability.

Meanwhile, an encouraging number of 262 runners of the 378 registered completed the distance from the Castries market to the Choc roundabout and ending in front of the Red Cross building at Vigie. Participants ranged from athletes of member Federations and the wider St. Lucian community.

After the run, the St. Lucia Cycling Association put on a brief skills display using junior cyclists and the St. Lucia Football Association, working in collaboration with the (SLOC) brought out their Grassroots Programme at the Sab Playing facility.