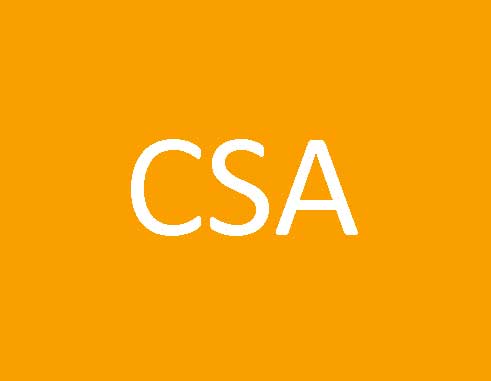 ANOTHER dispute has risen within the Civil Service Association (CSA) over the resignations of three members on the National Executive Council.

The dispute is between the current members of the Council and CSA members who are part of a group that calls itself the Save Our Union (CSA) Team.

The group notes that the resignations have put the Council in a precarious position where a meeting of the Council cannot be constitutionally convened due to the lack of a quorum.

The group forwarded its concerns, via letter to the Council’s First Vice President, Wilfred Pierre warning that decisions taken at a Council meeting without a quorum would be unconstitutional.

“Our primary concern arises from the realization that the current four members of the National Executive Committee do not constitute a quorum. In this respect we draw your attention to Section 6.9 (d) of our constitution which states that the Executive Council shall meet not less than once a month and a quorum shall be not less than five of its permanent members, who are all elected members by the Biennial Convention.

“In light of the above, you will no doubt appreciate that any decision taken by the National Executive Council is unconstitutional under these circumstances. We therefore call on you to desist from this continuing flagrant disregard for our constitution and the concomitant abuse of power,” the group’s letter to Pierre stated in part.

But Pierre has dismissed the group’s concerns saying that the Council is abiding by and following the guidelines of the CSA’s Constitution and therefore the resignations of the president, secretary and assistant secretary/treasurer have not crippled the Council at all.

He said that the vacant positions have been filled temporarily according to the constitution, a statement that appears at odds with what members of Save Our Union Team are saying.

The group does not share Pierre’s views exclaiming that the “assignment of members to serve on the National Executive Council are not consistent with the stipulations of the Constitution.”

Pierre justified the Council’s decision to fill the vacant positions and have a quorum by quoting several sections of the Constitution including the latter part of 6.9 (d) which states that members who are elected/selected to serve on the Executive Council on a temporary basis in accordance with Clause 6.9 (c) shall form part of the quorum.

He defended his role as temporary president by quoting Section 7.2 (b) of the Constitution which states that in the event of a vacancy arising in the office of the President the First Vice President assumes the duties and authority of the President.

But even as opinions differ on whether the Constitution gives the Council authority to appoint persons to vacant positions on its team, the acting general secretary, Mary Isaac who is the former president having resigned a few weeks ago, is preparing for an Extraordinary General Meeting forced on by a petition said to have been signed by more than 500 members.

A date has yet to be selected for the meeting.

Pierre is hoping that the temporary positions that were filled on the executive would be ratified at the upcoming Extraordinary General Meeting since that was not accomplished at the general meeting held last May 1.

He added that contrary to claims by Save Our Union Team that members were leaving the Association the records show that only three persons left between January – May of this year and that 65 others joined within the same period.