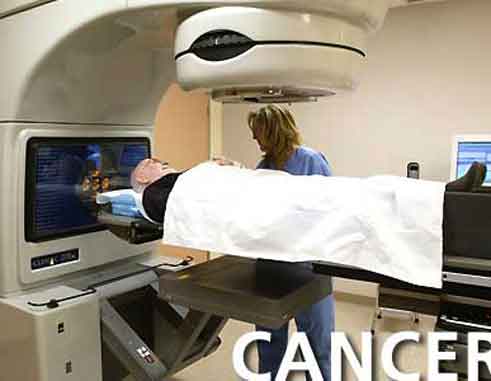 Mix of Two Existing Drugs Could be Antidote.

IN what could prove to be a dramatic advance in cancer treatment, researchers have shown that a combination of two existing drugs can dramatically shrink tumors.

The study, unveiled at Monday’s annual meeting of the American Society of Clinical Oncology in Chicago, was conducted on 945 patients with advanced melanoma by research centers in the United States, several European countries and Israel. The drugs in question are from the immunotherapy class, which stimulates the immune system to locate and fight cancerous cells.

The two-drug combination reduced tumors by more than a third in 58 percent of the patients, the study found, and the reduction persisted for an average period of about 11.5 months. In 15 to 20 percent of the cases, the tumor disappeared entirely, though it’s not yet clear how long the remission will last.

The drugs in question are Ipilimumab, known commercially as Yervoy, and Nivolumab, sold under the name Opdivo. Both are already in use in Israel, though separately rather than together.

“The combination of the two drugs is a force multiplier, and the results – a response of over 50 percent for a period of almost a year – are amazing,” Prof. Jacob Schachter of Sheba Medical Center in Tel Hashomer told Haaretz in a telephone conversion from the conference. Moreover, he said, the side effects were “negligible.”

“These findings merely strengthen our assumption that immunotherapy will become the main platform for oncological treatment, while other treatment methods, like chemotherapy and radiation, will become secondary,” added Schachter, who is Sheba’s head of research and treatment for melanoma and skin cancer.

Though the study was conducted on melanoma patients, Schachter said, the findings indicate that combining immunotherapy drugs “works on most types of cancer, including types of cancer that until now had no drug treatment at all.”

Prof. Michal Lotem, who heads the Center for Melanoma and Cancer Immunotherapy at Hadassah University Hospital in Jerusalem, said the effectiveness of the two-drug treatment stemmed from the fact that each drug operates on a different part of the immune system. Yervoy blocks a protein called CLTA-4 that regulates immune system activity by inhibiting it. Opdivo blocks a molecule called PD-1 that performs a similar role.

Like Schachter, Lotem said the study “provides unequivocal proof that the future of cancer treatment lies in immunotherapy. It’s not just the large number of patients who respond, but the quality of their responses.”

Currently, however, the list of available immunotherapy drugs is still short and not very diverse.

“We’re still at the beginning of the road, and there are other drugs of this type in the development pipeline,” said Prof. Tamar Yablonski-Peretz, who heads the Sharett Institute of Oncology at Hadassah. “The emerging future is that we’ll use many drugs simultaneously, or one after the other, and that’s what we’ll have to learn in the coming years. The hope is that with the proper combination, perhaps we can cure the disease, or at least turn it into a chronic disease that one can live with for many years.”