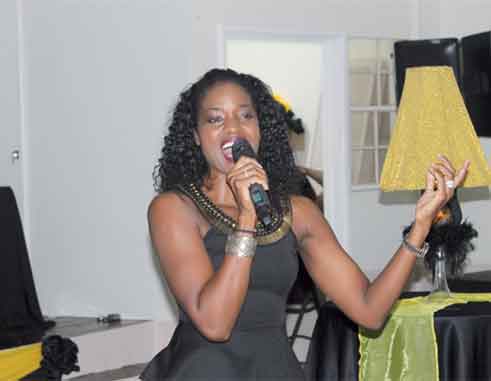 THE National Community Foundation (NCF) is expressing its gratitude to everyone who played a part in ensuring this year’s Annual Nationwide Telethon was successful.

The NCF’s Telethon was held last Sunday at Spinners in Union. This year’s event, albeit scaled down, was nevertheless able to realize many plusses. For starters, the overheads associated with hosting the previous eleven telethons were drastically down this year. Secondly, there was a sharp increase in individual pledges.

A celebrity panel of callers was busy dialing the phones at Spinners on Sunday, seeking pledges for the NCF’s flagship fundraiser. Some corporate sponsors also came bearing cheques. There was also some entertainment provided by a few performers, followed by a cocktail session for sponsors, performers and volunteers.

This year, the NCF was shooting for a $200,000 target, most of which goes towards assisting people seeking medical attention here and abroad. As of yesterday, over $152,000 was raised. However, NCF’s Executive Director, Madonna Monrose, told The VOICE that the $200,000 target should be realized as some corporate sponsors are yet to present their donations.

Monrose expressed gratitude to all sponsors, volunteers, those who manned the telephones and performers who gave of their time and efforts to help those in need. She also reiterated the NCF’s commitment to being a friend indeed for those in need.

The NCF was established in August, 2002 and is a philanthropic, non-profit organization that grants funds to deserving citizens in the following areas: education scholarships, healthcare, youth at risk, older persons, persons with disabilities, the homeless, and the Chess in Schools Programme.

Donations can be made to the NCF throughout the year by cheque or direct deposit to Bank of Saint Lucia account number 104511121 or 1st National Bank account number 8405087. Salary deductions can also be facilitated. To make an online donation to the NCF, go to www.ncfstlucia.lc.