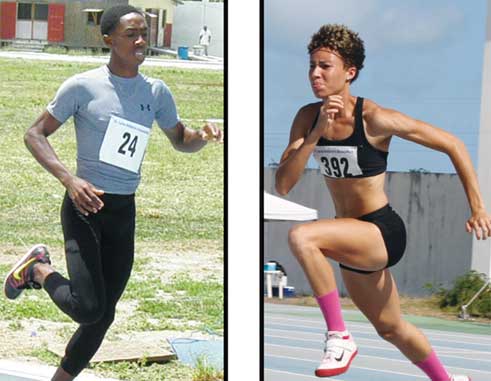 Share this post
THE George Odlum Stadium is the venue for the 31st St. Lucia Athletics Association National Individuals Championships today and tomorrow.

The weather for the next 48 hours is expected to remain fair and warm. The two day championship is expected to be exciting with a contingent from Martinique coming to compete against our very own, just days ahead of the Pan Am Games in Canada.

Last year the championship was a tremendous success with a number of athletes achieving personal bests in their respective events as new times, distances and heights were recorded in true friendly rivalry. This year is expected to be no exception.

In the Javelin Male Albert Reynolds and Denzel St. Marthe will be batting it out for bragging rights, while in the 400m Ladies, Danvela Emmanuel, Stephanie Toussaint, Tonisha Hilton and Britney Benjamin. Will be in action. Rochelle Ettiene and Amber Lucien should continue their rivalry from Interschool sports, in the Shot Putt and in the 100m and 200m Corneil Lionel will return to the local setting, but will have a run hard for his money against the Greenidge twins, Jovan Stephen, DiusClauzelma and Brent Joseph. The 400m Mens will see the likes Nick Joseph, TalbercPoleon, Aaron Lionel and Maverick Pamphile, while the 800m will feature Ibed Sealy, Marbeq Edgar, Caleb Erysthee and Michael James