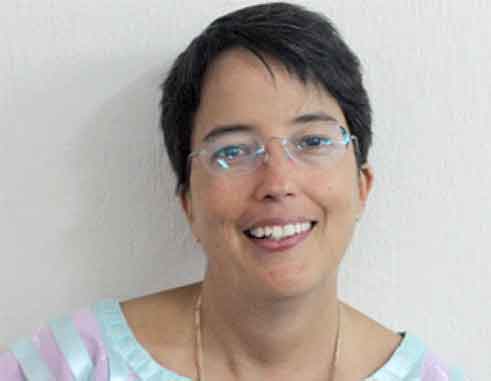 SAINT LUCIANS are being urged to take advantage of the scholarship programmes now being provided by the Mexican government.

Third Secretary at the Embassy of Mexico in Saint Lucia, Maite Narvaez Abad, is in charge of cooperation, culture and media affairs at the embassy. Narvaez said the open call was made back in April and lasts until the end of July this year.

Scholarships are available in a number of courses for students wishing to pursue Masters and PhDs. The possibility exists for people already enrolled in undergraduate programmes. However, she said, the stronger part of the programme is for Master’s and PhDs.

Applicants can go to the following link to see the courses available: http://amexcid.gob.mx/index.php/oferta-de-becas-para-extranjeros.

The programmes involve 70 of the most important universities and tertiary institutions in Mexico and cover a wide range of fields from which applicants can choose. However, courses such as Business Administration, Plastic Surgery, Marketing, Accounting, Dentistry and Advertising are not covered under the programmes.

To qualify for the Mexican scholarships, applicants must have a Bachelor’s Degree, a minimum G.P.A. of 8 and should have already established contact with the Mexican institution at which they hope to study.

Successful applicants will be notified by November this year and can begin their courses as early as next January. The age requirements of the applicant will depend on the learning institution to which the applicant is applying as each institution has its own criteria.

“Applicants can come to the embassy and we can go through the number of options they can choose from,” Narvaez told The VOICE. “They can also contact the Mexican institution for more information and if they have any problems with that, we would assist them. But applicants cannot send applications directly to the learning institutions; they need to apply through the Mexican Embassy here.”

There is no limit to the number of scholarships available, Narvaez said. She said there are three different programmes under which the scholarships are being offered: the general programme, the AECS (Association of Eastern Caribbean States) programme and the CARICOM programme. Saint Lucian students can benefit from the courses under the three aforementioned programmes, she said.

Apart from scholarships, Narvaez said the Mexican government remains committed to working closely with the Saint Lucian government in the area of education by working with the Sir Arthur Lewis Community College (SALCC) on a memorandum of understanding.

“We’re also working with the University of the West Indies (UWI) to give workshops to secondary school students,” she said.

Diplomatic relations between Mexico and Saint Lucia started soon after Saint Lucia gained independence from Britain in 1979, Narvaez said, and the Mexican Embassy was opened in Saint Lucia in 2005.