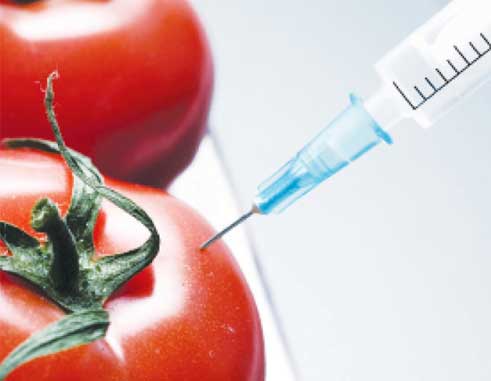 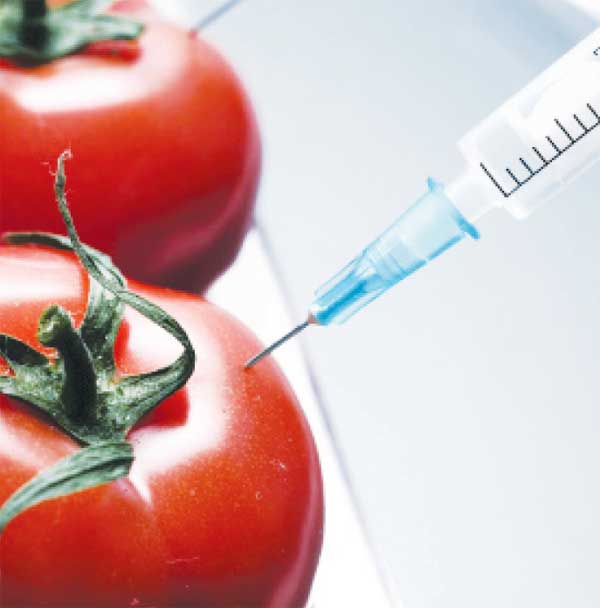 SOMETIME in March, 2015 I visited a fairly new seed depot, in a sub-urban community within the Castries district. Whilst there I noticed that some of the seed packets on display carried a code (e.g. N1, H1, etc.) and pictures depicting exceptionally glossy vegetables.

Soon I was in a conversation with one of the employees, questioning him on whether the coded seeds were genetically modified, to which he answered in the positive. I further questioned my interlocutor on whether he knew of the dangerous implications of distributing genetically modified organisms (GMOs) on an island like ours. In an effort to evince a lack of novelty in the subject, the young gentleman went on to equate genetic modification with the science of tissue culture and grafting.

Please consider this summary explanation:
• Grafting involves plants of the same species (one can only graft mangoes onto mangoes and citrus onto citrus. you cannot graft a citrus shoot onto a mango tree).
• Tissue culture allows a number of sterile seedlings to be created from the tissue material of a single plant. A major disadvantage of this science is that if your plantation consists of only tissue cultured plants, all of those plants will be susceptible to the same diseases and therefore an outbreak will likely guarantee the destruction of your entire crop.
• Genetic Modification, on the other hand, involves changes done at a molecular level: the organism’s deoxyribonucleic acid (DNA) is manipulated (often cross-species) to create essentially new organisms, hence they are all patented. For a better understanding of GMOs and their implications to health and the economy, a view of the following, on YOUTUBE, is suggested: (1) Seeds of Death, (2) The Genetic Conspiracy and (3) David versus MONSANTO.

In 2014 the Inter-American Institute for Co-operation on Agriculture (IICA) had its 2014-2018 Medium-Term Plan meeting in St. Lucia. In a document constituting the agenda for the meeting (IICA Official Documents Series N. º 94), IICA’s true mission – through patient scrutiny – is revealed. Albeit the document makes mention that “…ancestral knowledge holds immeasurable value, especially with respect to methods that are consistent with protecting the environment and using natural resources and genetic diversity sustainably, as well as empirical knowledge associated with these uses” it also contains the somewhat contradictory statement that “…the ancestral knowledge and empirical adaptations on which the farmers generally rely are often ineffective…”. Such is typical of an exercise in deception: it will contain a fact (the former) and a ‘derailer’ (the latter). The bulk of the document continues in support of the ‘derailer’, with statements as (i) “innovation as a means to boost productivity…”, (ii) “new technical and scientific know-how needs to be develop…”, (iii) “the countries will need modern dynamic policy and institutional frameworks…”, et cetera, all designed to nudge the Caribbean to incorporate GMOs in their agricultural systems. And so it was: soon after the IICA meeting the Government of St. Lucia announced its intention to consider GMOs as the answer to food insecurity.

The introduction of GMOs in the agricultural system of St. Lucia and the wider Caribbean should be of utmost interest to all citizens. The region can ill afford to allow any existential show of indifference at any level.

In light of the above, it is worth noting that it is very unlikely that the Caribbean will ever be able to acquire any measure of comparative advantage in the production of GMOs; this will more likely lie in the domain of North America, whose chemical companies create modified seeds, often to resist the toxic compounds produced by those very same companies.

Some seeds are programmed with a ‘terminator gene’ which causes the resulting plant to die at a set time. This, along with the fact that it is not permissible to save genetically modified (GM) seeds for replanting means that farmers will be eternally bound to purchase seeds from these companies. Another implication of the terminator gene is that if there is any cross-pollination with local organic varieties, the seeds of the contaminated plant will acquire the ‘terminator gene’ and the subsequent plant from these seeds will be subjected to the gene’s suicidal instructions. Ultimately, what this means is that the presence of certain GMOs can lead to the permanent eradication of some traditional organic species.

Accumulatively, income elasticity for organic foods is very high. Put differently, as people get richer their demand for organic foods increases. In a time when globalization is promising greater wealth for all (as with China where hundreds of millions of people have moved from poverty to the middle class), it is sensible to expect future demands for organic foods to increase and, by extension, an expansion in the market for such foods.

An episode that also requires consideration is the long battle between the European Union (traditional importers of our agricultural products) and the ‘Miami Group’ (consisting of the USA, Canada, Argentina, et al) over the importation of GM products into Europe. The essential argument by the Europeans was that there exists no scientific proof that GMOs were safe for consumption, with a concomitant argument from the ‘Miami Group’ that neither is there any evidence that the new organisms are unsafe. The dispute was eventually brought to some level of mutual acceptance. The Europeans chose to allow the importation of GM products based on all GMOs being clearly labelled as such under an Advance Information Agreement (AIA), and the creation of a Biosafety Clearing House which requires a 15 days advance notification by an exporter to the importing state, of its intention to export GMOs. The question then is did we factor the concerns of the European Union in making the decision to allow our farmers to grow GMOs in the current uncontrolled conditions, consequences of which may very well be something on an apocalyptic scale.

It has been said in academia that there is such a thing as the ‘age before broccoli’, an idea predicated on the fact that before a few decades ago broccoli was virtually unknown in most parts of the world. Today, this vegetable is universally consumed thanks to intense promotion by the United States of America. Before the introduction of broccoli, our diets made us victims to no known nutritional deficiencies. The United States – assured that it had comparative advantage in the production of the vegetable – simply created a global market for itself.

The point is this: as a nation we must focus on developing the things we have a natural advantage in, the things that make us positively different – make certain that we are not caught attempting to play someone else’s game. And this is what our venture into the world of GMOs seems to be – us being lured into an arena that provides us no advantages, but rather, provides all amenities and tricks in favour of those who own the venue.