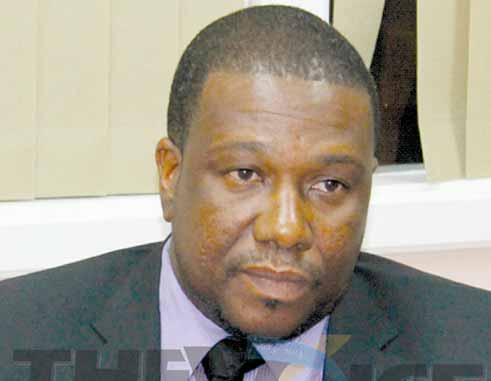 MINISTER for External Affairs, Alva Baptiste, has issued a stern warning to Saint Lucians: do not abuse the visa waivers being granted by foreign countries.

Baptiste’s warning came on Friday at a press conference as he apprised the media of his recent overseas travels. The Minister was in Brussels last month-end for the EU-CARICOM meeting where he signed the Schengen Area Visa Waiver agreement on Saint Lucia’s behalf. While there, he also chaired the ACP (African, Caribbean and Pacific) region’s ministerial committee on commodities. The committee, he said, dealt with commodities such as sugar, bananas and cotton.

As of May 28 this year, Saint Lucians no longer require a visa for short-stay travel to European countries – except for the United Kingdom and Ireland. The new facility also extends to citizens from other Caribbean countries, namely Dominica, Grenada, Saint Vincent and the Grenadines, and Trinidad and Tobago.

Travellers from the Caribbean and European countries under the agreement can visit up 90 days within a 180-day period without a visa. However, there’s an exception: persons travelling to undertake a paid activity would need a visa.

Word of the anticipated new agreement came from the European Union’s Commissioner, Cecilia Maimstrom, at a press conference in Brussels last November. The aim of the agreement is to promote hassle-free tourism in Europe.

Baptiste said the signing of the agreement comes with many responsibilities that should not be taken lightly. In a globalized world that requires increased travel across international borders with as few restrictions as possible, he said Saint Lucians need to ensure that their behaviours do not cause such a visa waiver to be discontinued.

The Minister cited Canada as an example where visas were not required for Saint Lucians to travel previously. However, due to abuse of the system by visitors – Saint Lucians included — to that country, Canadian authorities have since implemented a visa system.

In September 2012, Canada’s Immigrations Ministry removed visa exemptions for citizens from Saint Lucia and Saint Vincent and the Grenadines, citing an “unacceptably high number of immigration violations.” According to Canadian authorities, citizens from the two OECS countries were allegedly changing their names and acquiring new passports after having been deported from Canada as security risks.

“That visa policy has been imposed not because of anything that government did but because of what Saint Lucians as a whole did,” Baptiste said. “So I’m just encouraging everyone to be conscious of that fact: that our behaviour would really influence other countries in removing their visa facilities.”

He added: “I would like to see one day — as part of the Americas region — that we no longer require visas to go to Canada (and) no longer require visa facilities to access the United States of America. But that must come with our own conduct as a people. It must be a function of how well we respect things in this new global village so that at least we can take opportunities that exist.”

“Let us not squander that opportunity. Let us use it as a platform for us to widen access to this world,” Baptiste said.