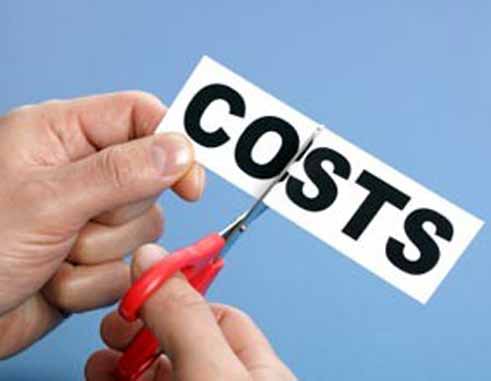 WELL known accountant Geoffrey Devaux has tossed up a few ideas he says the government could use that may lessen the strain on the nation’s purse strings.

He also questioned government’s use of outside consultants when the same expertise could be found in the country.

“If we say that generally the economy is less robust than in previous years, then clearly in certain quarters, there is less work to do. George Charles Airport is a good example. There are now five to eight flights a day compared to 15 or 16 in better days. The workload is clearly less. By contrast, the workload at Bordelais increases as the institution’s population increases in part due to idle hands as a result of the high unemployment rate.

“A possible suggestion where the workload is light would be to allow those individuals to work shorter days with the understanding that the time that they do not work at their normal jobs, is assigned to another productive task. For example a skill training programme, an agricultural pursuit, teacher assistance with students who need help, assistance with the elderly, etc. There are numerous ways that time can be used productively instead of wasting it away, sitting in an office and either watching soaps, sleeping or speaking to friends aimlessly while our communication companies rack up untold profits,” Devaux said.

With regard to LIAT which has been in conflict with trade unions in the region about job cuts Devaux had this to say:

“We also hear that LIAT is cutting back on staff. Have governments considered offering the public tax free air fares for five percent of the time. So for three days in every two-month period travellers can fly without having to pay taxes. I assure you that LIAT will not have enough staff to handle the demand on those days…” Devaux said.

Devaux, a chartered accountant, was at the time addressing the recent National Workers Union Congress of Delegates at the Rex Resort.

Keeping the theme of the Congress in mind, which was ‘Consolidate for Survival’, he addressed the much talked about East Coast Road proposal, describing it as essential for the proper development of the country.

He referenced the proposed road in the context of the Principle of Subsidiarity which essentially is about a bigger power letting the lower or smaller competent authority (power) handle certain matters.

“Unfortunately the principle is not being properly applied. Analysis paralysis has entered the picture and we sit idly by as Rome burns,” Devaux said.

“Several years ago when Mr. Stephenson King was our Prime Minister, I asked him about the road. He said they were studying to see whether they should go with a scenic route or a more efficient route, perhaps less scenic. I mentioned to him that any road built on the East Coast, because of the beauty of this country, would be a scenic route. In our recent budget I heard our current Prime Minister mention that Canadians have been asked to come up with a proposed route. For heaven’s sake over 100 years ago a road was built through this area. I understand that to this day one can still see traces of where it passed. Why can we not take 10 local contractors, give them each a mile of road to build and let’s get the job done? It may not be the most perfect highway built but all funds spent will stay right here in the country and over time the necessary tweaking done,” Devaux said.

He then referred to the Millennium Highway in which contractors had overlooked the erection of a bus stop to accommodate persons accessing Victoria Hospital.

“There have been close calls in terms of accidents as every day passengers getting on and off buses take exaggerated risks with their lives attempting to cross the highway. Often these passengers are not very well, persons having just been discharged from or heading to a hospital bed. And this highway had its fair share of overseas consultants,” Devaux said.

“In the same location I was informed that the first tunnel was built at too high an elevation. The result is that the gradient to the tunnel from town is steeper than would normally be accepted resulting in higher fuel consumption for vehicles climbing an unnecessary steep gradient and heavier use of braking as vehicles descend into town, again incurring costs that would not have been necessary had the job been done properly. My point is that even with outside consultants mistakes are made. Do we have the in-house expertise to build our own highway on the East Coast? I am certain that we do,” Devaux added.

He applauded the strides made in tourism, however, noted that the country still had a long way to go, although it was heading in the right direction.

“In terms of Consolidate to Survive, I have often wondered why our hotel owners, prodded by their respective unions, have not built a joint training hotel. It would be collectively owned, staffed by new recruits and enjoyed by all with preference being given to workers in the trade. We all enjoy vacations away from home. For some this is an expensive exercise but this type of hotel would facilitate a family for example, enjoying the fruits of the breadwinner of the family,” he said.