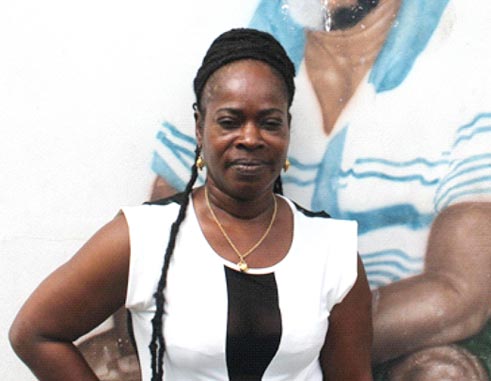 Share this post
ELEVEN weeks after her husband was gunned down on Chausseé Road, Castries, Cheryl Clarke has also succumbed to a similar fate.

Fifty-one-year-old Clarke, who lived at Bexon, Castries, was shot after leaving a sports bar located on Brazil and Coral Streets, around 12:10 a.m. yesterday. Reports are that Clarke was engaged in a verbal spat with an individual/s while at the sports bar. However, it is not clear whether that was the motive for her death.

Police said in a press release issued yesterday that upon arriving at the scene of the shooting at Brazil and Broglie Streets, officers discovered what appeared to be a bullet hole in the driver’s door and bullet holes in the driver’s seat of an abandoned vehicle. However, the press release did not indicate where Clarke was at the time of the officers’ arrival on the scene.

According to the press release, the officers went to Victoria Hospital where they were told that Clarke had sustained multiple gunshot wounds and later succumbed to her injuries.

Up to press time yesterday, police did not indicate whether they had made any arrest in relation to Clarke’s death. However, they said investigations into the matter continue.

Clarke’s husband, Asher “BJ” Emmanuel, became the island’s third homicide victim when he was shot multiple times in broad daylight around 11:00 a.m. on April 7 this year near Leslie Land. He later succumbed to his injuries on a nearby sidewalk.

At the time, Emmanuel, 48, was said to be on his way to meet an individual, James Alexander, who was shot and killed two days later near Courts Showroom on Chausseé Road.

Clarke was a member of the Wilton’s Yard Association, an organization aimed at improving the socio-economic conditions of the residents of Wilton’s Yard, popularly known as “Graveyard”. In an interview with The VOICE last March, Clarke said the association was in the process of organizing an event to remember those people who would have lost their lives to violence over the years.

An inconsolable Clarke was seen collapsing near the scene where her husband was shot and killed in April. At the time, family and friends expressed strong emotions, saying that Emmanuel, was respected by many, especially in the Wilton’s Yard area where he frequented.

Described as “a peaceful man” who was a mentor to many youths in that area, Emmanuel’s death sparked fears that reprisals would follow. Emmanuel, sources told The VOICE, was someone who encouraged especially young people to stay on the positive path.

Six days after Emmanuel’s death, police proffered a charge of murder against 22-year-old Jamie Butcher of Rose Hill, Castries in relation to Emmanuel’s death. Butcher made his first court appearance on April 14 and has since been remanded to Bordelais Correctional Facility.

Clarke and Emmanuel’s deaths were also preceded by that of her brother, Arthur “Afoo” Clarke, who was gunned down around 9:50 p.m. on January 27, 2011. Described as a mentor to many youths, “Afoo” was reportedly near his car at Chase Gardens when several shots were fired at him, hitting him in the upper part of his body. No one has been charged with his death.