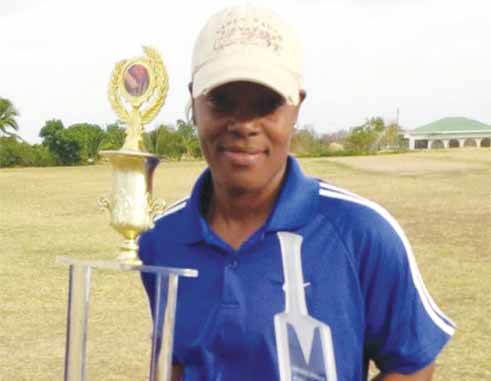 THE curtains came down on the 2015 Choiseul National Lottery sponsored female 40 over competition played at the La Fargue Playing Field this past weekend with Caffiere emerging as champions when they defeated TetMorne by a massive 230 runs.

Batting first Caffiere amassed 268 for the loss of 4 wickets with the ever improving Swayline Williams scoring her maiden century, 101 not out, Williams received good support from Nicole St.Prix who made 50, but was unfortunately run out off the last ball of the innings.

Bowling for TetMorne Dawn Stephens picked up 2 for 45 in 8 overs.

Chasing an improbable target of 268 TeteMorne found the going tough, losing wickets at crucial intervals as they showed little resistance to the Caffiere bowling attack spearheaded by St. Prix. They were eventually bowled out for 38 in 11.4 overs.

Bowling for the Caffiere St. Prix continued her good run on form in the match picking up 6 for 13 from 6 overs and Swayline Williams got 3 for 23 in 5.4 overs.