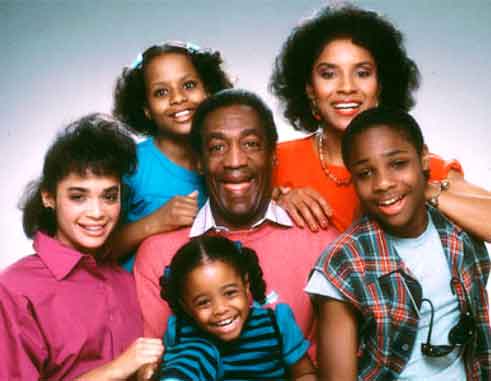 OVER the weekend I sat down and took a long hard look at my seven year old who sat in the living room glued to the television watching one of her favourite sitcoms on the Disney Channel.

It wasn’t until she stood up and started acting like one of the characters, a blonde airhead with only her looks and boys on her mind that I had a sudden realization like hit me like a lightning bolt: this was not the image or example that I wanted my little girl to follow.

At that moment, to much protest, I gave her the option to either switch over to the Discovery Channel to learn something worthwhile or to go read the new Black Beauty novel that I’d just bought her that week…she chose the book (Yaay).

After she walked off, I went back to that sudden realization that I had.

We’ve heard all too often that television is a visual poison especially to our children who are so easily influenced and that over the years, more and more shows have been created to programme those young minds into whatever the big corporations want them to become in a bid to fill their own pockets.

But in reality, as many times as we’ve heard the sayings and seen the blatant signs, how seriously do we take them? How often does the information go in through one ear and out the other? How quick are we to plop the children in front of the TV to watch their favourite programmes just so that we can have those rare 30 minutes of peace or to get a chance to cook or just do whatever it is that we need to get done around the house? How many times have those same programmes served us as a huge convenience?

I then started to question: why is it that 99.9% of these programmes centered around white perfect families or at schools with happy white singing children with the odd black person popping in and out as the one of the gang or the nerdy, weird friend.

Now before the pitchforks are raised calling for the head of the racist…hold your brakes!

I have absolutely NO issues with white people…at allll but here’s what’s up the tree that I’m barking at.

Firstly, you know me and my bad habit of over sharing about my life so again, here’s a little inside information…my daughter is dark skinned. In fact she has a beautiful dark velvety complexion, however, she hates it…she thinks that she’s too dark and the fact that her baby brother is a “shabin” with brown hair and light brown (sometimes green and sometimes grey) eyes does not help.

I’m always telling her how beautiful she is and showing her programmes and photos with beautiful dark skinned people but then she’d watch those Disney shows where people like her are nowhere to be found…not even in the cartoons and all my praises go out the window…sigh.

Anyway, back to my point. I had the privilege of growing up seeing black people who were successful, making me happy to be who I am.

That lightning bolt realization showed me that our little black boys and girls are no longer watching programmes showing their worth but instead are being fed that they are either second fiddle, not good enough to be the lead or that they need to look a certain way to be accepted. Then they flip over and see their kind being killed, arrested and targeted negatively because of their skin colour thus reaffirming that they are not good enough.

And here’s the icing on top of the cake, when they are featured in programmes where they are the lead, (now these I know are not for children but work with me here) they’re adulteresses sleeping with the President of the United States and coming from murderous families or successful lawyers who are…adulteresses and more programmes with adultery and murder etc…is that all we’re good at?

And let’s not forget the music. Whilst my daughter is dressing like the long haired, blue eyed, white smiles in the music videos, I find myself relieved that she’s not watching her own kind teaching her how to roll her bottom or that women of her complexion are whores and this and that…that, my friends, also saddens me to the core that that’s all there is to “our” music.

It is no wonder why the older generations view the younger ones as aliens because their minds are totally programmed to not see the value of themselves as black children.

We wonder why our children grow up to either act like as they call them “coconuts” (black on the outside but white on the inside…whatever that is supposed to mean) or as criminals…that’s the either or that they are faced with.

Now I know it’s not all black and white…no pun intended. There is a grey area where children step outside the box and grow up strong minded, independent, proud and on the straight path…in fact, those numbers are plentiful but my plight is for the children who fall into the net. One alone is too many.

Now I have and will continue to fight to ensure that my children know that they are future kings and queens but I still worry about that force coming from that flat rectangle in my living room.

Will there ever be new shows like the old ones? I doubt, but hey, a girl can dream right?