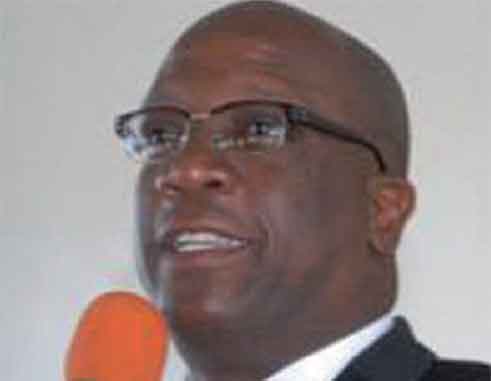 THE economies of Caribbean Community (CARICOM) countries are not doing well. Belize, Guyana and Suriname are the only three countries whose economies are showing any appreciable growth. The major effect of little or no growth has been increasing unemployment and underemployment of young people who constitute three of every five persons across the region.

The problem of youth unemployment and underemployment was emphasised at a Commonwealth Caribbean Ministerial Youth Conference in Antigua from 28 to 30 April. Without the prospect of jobs, young people are becoming increasingly dissatisfied and disenchanted. Their discontent manifests itself, in some instances, in gangs, crime and violence. In other cases, where young people have graduated from higher education and cannot find jobs, they have either migrated, depriving their countries of qualified persons, or they accept any job they can get, but brood over their circumstances. In any event, the situation of youth unemployment and underemployment is a boiling cauldron in the Caribbean.

The solution to the problem rests in the creation of jobs that are sustainable. Such job creation requires investment and particularly foreign investment – new businesses have to be formed and economies have to be diversified from traditional areas of production that have depended on preferential markets and subsidies. The region could be a much more attractive area for investment in goods and services if it were a truly single market with a customs union. Foreign investors would be more greatly attracted to a larger regional market than to the individual small markets of most CARICOM countries. It would be one effective way of creating a larger economic space for the employment of young people.

The pace of perfecting a single market and a customs union has been painfully slow, dragged out since it was first proposed in 1989. In the elapsed time, a generation was born and grew-up. For the most part, that generation constitutes the largest number of the unemployed and underemployed in CARICOM countries.

In the meantime, governments have been inventive about ways in which investment could be attracted to national economies, but, by and large, the environment for doing business in the region is uncompetitive. Jamaica is the only country in recent years that is recognised in the international community as striving to streamline and improve its procedures. Bureaucratic red tape, customs bottlenecks, lengthy processes for issuing permits and high costs for transportation and communication all contribute to a disabling environment.

Smaller countries without the natural resources of Belize, Guyana, Jamaica, Suriname and Trinidad and Tobago have had to become even more creative in their efforts to earn revenues and investment. One such scheme is the Citizenship by Investment Programme (CIP) that was started by St Kitts-Nevis. It is a scheme that Dominica also introduced some years ago and is now operational by Antigua and Barbuda as well.

In these three countries, governments would admit that the CIP is not a mechanism of choice. But their policy options are limited. Preferential markets in Europe for bananas and sugar have disappeared despite promises by the European Union and misplaced faith in the Economic Partnership Agreement. Tourism has been badly affected by the effects of the global financial crisis. Additionally, the governments of developed countries, whose imposed rules erode the financial services sector of these small states, make the least contribution to their economic improvement.

Antigua and Barbuda and St Kitts-Nevis have turned to selling citizenship because it is one of the few assets they have left from which they can earn significant incomes. Unfortunately, instead of being sympathetic to these small states and providing guidance to allow their CIPs to flourish with legitimacy, governments of developed countries have taken a hard line against them.

In the case of Antigua and Barbuda, it took that government’s initiative for certain foreign governments to engage in the country’s CIP process.

Unfortunately, Antigua and Barbuda’s sensible approach appears not to have happened in St Kitts-Nevis according to Prime Minister Timothy Harris who won the government at general elections in February. Even as the region’s Youth Ministers were meeting in Antigua, focussed on issues including unemployment, Prime Minister Harris, told the people of his country at a 2-hour media conference, that damage had been done to the reputation of its CIP “due to its less than appropriate management by the former administration”. He was, nonetheless, determined to continue with it as an essential tool for foreign investment. He revealed that his government would implement 20 recommendations from the US firm, IPSA International, to bolster aspects of its security. He laid great emphasis on it as a spur for investment and employment.

The same firm has also conducted a review of the newer Antigua and Barbuda CIP which required minor fine tuning but no major overhaul. The Antigua and Barbuda government is also implementing the recommendations of the IPSA, including investing in modern computerisation techniques that would enhance the management of the programme and the high level of investigation required for its integrity.

The point of all this is to create incomes for small countries that require investment to develop their physical infrastructure, improve the knowledge base and managerial know-how of their people, and create new industries that would allow them to provide jobs for their people and participate competitively in the international community.

Both the present governments of Antigua and Barbuda and St Kitts-Nevis have committed themselves fully to ensuring that the interests of countries such as Britain, Canada and the United States are not compromised by the CIPs. Given such a commitment, the urgent need to address youth unemployment, and as long term partners with many links to these three more powerful countries, Caribbean small states deserve co-operation.