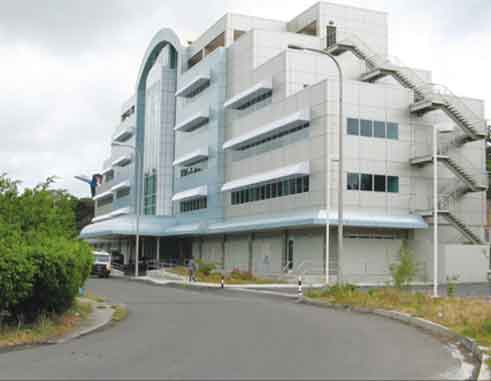 IT would not take a great mind to conclude that things are not at all going well for our country and society. The great vision for the future we once enthusiastically entertained in the heyday of “green gold” seems to have been completely derailed by both external influences and by the bad choices we ourselves have made over the past decades, and the unfortunate result is, we seem trapped on a one-way track traveling to nowhere.

While there was little we could have done about the world economic collapse of 2008, in fact we seem to have weathered that storm not too badly at all, we have been significantly more affected by the choices we ourselves have made. We’re not alone in this; the entire Caribbean appears to be heading for a future that, at the very least, will be very uncertain and painful.

It may have all started with our apparent nonchalant response to the repeated warnings that the banana industry was not a sinecure. An industry that in the early 1990s earned US$1.5m dollars a week for the nation and over 10,000 farmers, was by 2003 reduced to paying out a pitiful subsistence to a few hundred banana growers. In 2008 I had the privilege to chair the National Consultative Council (NCC), a body set up by government and made up of a cross-section of St. Lucians of all walks of life, to make recommendations to Cabinet on a wide range of social and other issues. The deliberations of the Council led to a frightening revelation of what life in St. Lucia had become. More on this later.

A recent World Bank report postulated a grim future for aging Caribbean populations and the burden they will inflict on mostly highly indebted States, in light of the reality that there were substantial numbers of working-age people who did not contribute to a pension plan. This very predictable time bomb will have to be defused, but how?

An address by noted Trinidadian economist, Dr. Terrence Farrel, to a Barbados audience should be required reading by everyone with a capacity to read. One very illuminating remark referred to the absence of “fiscal conservatives” in almost every decision making capacity in every government in the Caribbean. A more acceptable phrase might be “fiscal discipline” in referring to regional politicians, but the conundrum is the same. We simply want to entertain grand and socialist pretensions, however desirable, without the capacity or wherewithal to meet the cost of our munificence and this in an almost unregulated, capitalist-oriented, free-for-all environment; for example, a visiting UK dignitary was shocked recently to find out, the hard way, the cost of a visit to a doctor’s clinic here, for a minor irritation; so we bury ourselves in debt for clearly unproductive and unsupportable largesse.

The recent collapse in international fuel prices was a God-send that we completely frittered away in otherwise silly and unproductive generosity. I never supported the idea that only motorists should reap a reward they had no role in creating and certainly no justification in claiming, when clearly the over-riding requirement was and still is to “fix” government finances, that is, address the debt issue. That’s now a lost opportunity. Obviously, governments would have had to explain the rationale very carefully and convincingly to the citizenry. I would not be surprised if the Central Bank was fuming.

The malaise goes further; it costs today a paltry $150.00 per annum to register a motor vehicle to access roads that cost the taxpayer and the nation hundreds of millions of dollars, yet are subject to no tolls at all; this in an apparently poor, small, third world country but with a per capita vehicle ownership greater than either that of Singapore or Hong Kong. Madness! Very simply, times have changed and owning a motor car with nowhere to park it, either at work or at home, but on a narrow public road, without levy or penalty, with little ability to pay its true full upkeep (including the cost of maintenance, fuel and roads), is a luxury many of us cannot afford anymore, so, why encourage the obsession with unrealistic subsidies? Let them take the bus.

If you want a further shocking statistic just enquire about the collections made in respect of parking fines measured against the numbers of tickets issued (NCC Report).

Another cause for concern must be government’s complete abdication of any role for itself in public transport, except of course, to try to control fares. No truly civilised nation today, anywhere in the world, has adopted this philosophy. Leaving the nation’s mobility completely to the whims and fancies of a largely unregulated, autonomous, fiercely independent and powerful cartel cannot be a good thing or bode well for the future; and we see the obvious outcome of this with mini-bus operators being the biggest beneficiaries of the 2015-16 budget, even though there was a small attempt to address the true cost of vehicle ownership.

But there are equally many mundane events in our lives that we seem to accept with scant consideration for the consequences and which can leave lasting legacies and burdens for future generations to deal with. The government decision to erect a “Financial Centre” in the cul-de-sac of Pointe Seraphine at a cost of over EC$50 million, accessible only via the busiest road junction in the entire island, must rank among the worst abuses of public funds in recent times. And speaking of roads, there is clearly need to solve the problem of the highly congested vehicular access to the North from Castries, but the solution being proposed, a four-lane highway seems to ignore the reality that this would require, in effect, a six-lane wide road to provide the necessary lay-bys for vehicles in distress. We would need to demolish a significant number of edifices in the way, while acquiring vast tracks of private property at an unknown but undoubtedly huge cost, to achieve the necessary space.

Clearly some really creative thinking must be an integral part of the search for a solution into the future role of motorised transport in St. Lucia; and the terms of reference for any study should be broadened considerably. For example, is there any consideration of a sea-ferry service between Rodney Bay and Castries? Though the difficulties are obvious, there are fascinating possibilities out there including a conceivable ten-minute journey by rail along the east-coast from Hewanorra to a sea-ferry terminal in Rodney Bay (tourists will say thanks), bypassing the problematic Barre de L’isle and opening-up a sea-ferry route Castries to Vieux Fort in the longer term; endless possibilities and solutions to our transportation woes to be mulled over. But beware, transport engineers will tell you that additional roadways have never solved a traffic problem without also having innovative traffic management procedures in place.

The utilities business is another area in which most regional governments have miserably failed the national objective. The total absence of any deliberate local stake, minority or otherwise, public or private, in the entire region, in the telecommunications industry, at the heart of the fastest growing and most lucrative enterprises in the world today, must rank among our greatest blunders ever, and we continue blithely in that vein.

The government decision to introduce foreign involvement in the local power generating industry is not as attractive or even benign as we would be asked to believe; there are substantial downsides to this. Foreign investment in the local energy industry is simply another “imported cost” because a substantial part of any income arising will go to rewarding the investment even before the realisation of profits or dividend payments to local shareholders in Lucelec. Simply, this would be like another but fixed and permanent “fuel charge” paid to foreigners. Perversely, State agencies (Government, CCC and the NIC) are collectively the biggest beneficiaries of Lucelec’s dividend policies and will be the biggest losers, because this investment will not “grow the revenue pot”, not one cent.

Foreign investment is attractive when it is directed to areas of the economy we have neither the capacity nor ability to intervene in. Lucelec is not only viable and profitable, it has capable staff and is competently managed, is overseen by a very professional Board, and ranks among the foremost of power utilities in the entire Caribbean. It is a prize, and simply has no need for a foreign partner in any form of energy supply, period; foreign expertise, perhaps, but this can almost be bought off the shelf, nowadays. This decision could also see a highly regulated industry purchasing energy from an unregulated and likely tax-free source, a recipe for disaster. Another potentially disastrous move would be to grant incentives for private generators, as some of our regional colleagues, to their great chagrin, have done, in the misguided view that this will encourage the alternative energy industry. Perhaps, but the guaranteed outcome would be the marginalisation of the national power grid with the poorest and smallest consumers being the biggest losers; the grid is like the national highway but for power flows to major centres of demand; and who then will fill the void after a national catastrophe, say, a hurricane?

There must always be an accountable and responsible supplier of power into the grid, especially in isolated island systems like ours, otherwise be prepared to face the prospect of disaster. This opening-up will also create technical and management nightmares for the utility and by extension the nation, and in North America power companies have gone to the courts to limit the access of private generators to the grid

. More bad choices, just waiting to be made.