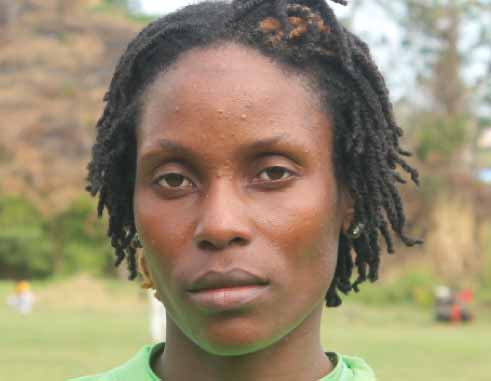 THERE were big wins for South Castries, Choiseul and Gros Islet as the St.Lucia National Cricket Association’s AcyntaAuguste 50 overs knock out domestic league bowled off this past weekend.

At Mon Repos, South Castries won convincingly after amassing 325 for the loss of two wickets. For SC former youth cricketer of the year Paulina Francis stroked a well played 90, Ashleen Edward got 70 not out, captain Nerissa Crafton 60 and former West Indies captain VerenaFelicien 27 not out.

In reply Mon Repos was skittled out for 82 with Kina Mathurin and Leana Wilson each scoring 11.

Bowling for South Castries Felicien picked up 3 for 28 and Francis continued her good all round performance in the match, bagging 3 for 30.

At the Piaye Playing Field, Choiseul had the better of Laborie defeating them by a mammoth 116 runs. Batting first Choiseul amassed 247 runs for the loss of seven wickets in 40 overs. National youth player Alyah Alfred top scored with 66, former national captain Roylin Cooper hit 58, while Rosa Charles chipped in with 24.

Bowling for Laborie Chloe Emmanuel took 2 for 9 and Cecil Emmanuel picked up 2 for 32.

Laborie in reply were bundled out for 131 with the Emmanuel’s trio of Cecil, Chloe and Sugie scoring 19, 16 and 16 respectively.

Bowling for Choiseul Roylin Cooper picked up 5 for 18.

At Monchy, Gros Islet won by default against Dennery.