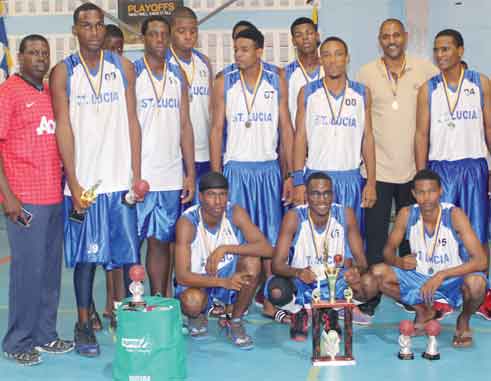 The KFC National Basketball League continues this evening with one game each at the Morne and in Gros Islet.

Soufriere Sulphur Stars face Canaries Moon River on the Morne, while VBCC Warlords are up against Morne Gladiators in Gros Islet. Both matches will serve off from 7.00 p.m.

Meanwhile, Combined Schools have secured a semi-final berth after they came away with a crucial win over Lions in Division One action on Tuesday evening at the Sir Arthur Lewis Community College Court.

Defending champions Courts Jets were also in action in Gros Islet against the Micoud Hustlerz in Premier League action. Jets won comfortably 71 – 52. Delirius Restaurant and Bar player of the game Ron Dumurville finished with 16 points, 5 rebounds and 3 assists. Andre Louison also added 15 points and 7 rebounds for Courts Jets. Chris Francois for Micoud had a team high of 14 points and 4 rebounds. Ulric Joseph was two steals shy of a triple double finishing with 10 points, 16 rebounds and 8 steals for the Hustlerz.