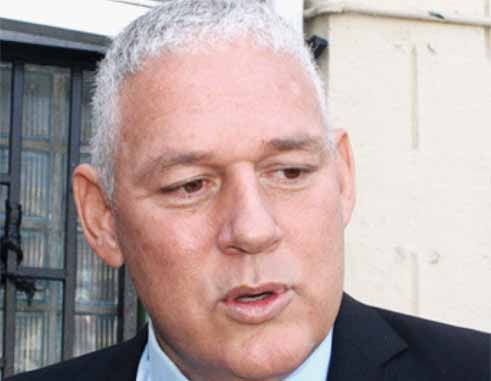 FOR the second time in as many weeks, good fortune seems to have followed opposition United Workers Party leader Allen Chastanet.

Within days of him being virtually endorsed as the candidate to contest the Micoud South seat in the next election, Chastanet, on Tuesday, won an important battle in the High Court when a Judge dismissed one part of a civil lawsuit against him arising out of the 2011 election campaign when Chastanet contested in the Soufriere constituency.

The government had accused Chastanet of improperly using funds given to the Soufriere Town Council by the Taiwanese government to finance his election campaign.

The case was filed by the Attorney General on behalf of the government. Chastanet’s attorney, Garth Patterson, Q.C. was optimistic that the rest of the case will also be thrown out.

The UWP leader commenting on this week’s Court decision accused the government of using the Attorney General’s Office to try to tarnish his name, and warned that office to exercise caution when launching a civil case against someone.

The case arose out of a document entitled “Review of Financial Operations of Town, Village and Rural Councils”, which was authorized by the ruling St Lucia Labour Party in support of its claims that government funds were misused by members of the UWP when they last held power from 2006-11.

The document, under a sub heading “Alleged Misappropriation of Funds” that deals with the Soufriere Town Council and notes that that Council had received funds from Central Government and the Taiwanese Government for the execution of various projects. However it appeared that payments were made from these funds for unauthorized purposes.

The document further added that the payments in question, which totaled $38,644, were made for the benefit and at the behest of Chastanet who at the time was the UWP candidate for the Soufriere/Fond St Jacques Constituency during the 2011 general elections. According to the document the payments were not part of the operations of the Council and were used to launch Chastanet as the UWP candidate.

The government translated the findings of the document as it pertains to the Soufriere Council into a civil lawsuit against Chastanet charging him with misfeasance in public office and a breach of his fiduciary duty. Chastanet at the time was also the Minister for Tourism under the then Prime Minister Stephenson King.

Chastanet challenged the claims against him on a number of grounds one of which was that the Attorney General had no jurisdiction where those claims were concerned and that the allegations against him were baseless.

“The court vindicated Mr.Chastanet by dismissing one part of the claim of misfeasance in office. In ruling that the Attorney General had no jurisdiction to bring the claim, the judge effectively brought that part of the proceedings to an end. There is a residual part of the case as it relates to the allegations of breach of fiduciary duty, and that is still pending but in light of the decision made by the court the likelihood is that that claim would likely be dismissed,” Patterson said.

It was not immediately clear what effect Tuesday’s ruling would have on any of the other cases that the government is likely to pursue against other UWP candidates, arising out of the same review of the financial operations of other local government bodies. But Chastanet was happy that he had been cleared.

“The Attorney General and the government have every right to charge anyone on a criminal matter. When it comes to a criminal matter their standing in that area is not so far reaching. It means that the onus is on the Attorney General, if they are going at anyone on a civil case, that they are very cautious and very prudent on how they do it. I think this was clearly an example where the Attorney General’s office was misused to specifically tarnish my name because of my involvement in politics. I am very, very grateful today that my name has been cleared. I have never misused government monies for my own personal gain. I am looking forward to the final completion of this case,” Chastanet said.

UWP members have several others pending in the courts, including one challenging the present government’s attempt to increase the number of constituencies from 17 to 21 ahead of the next general elections, scheduled to be held by March 2017 at the very latest.