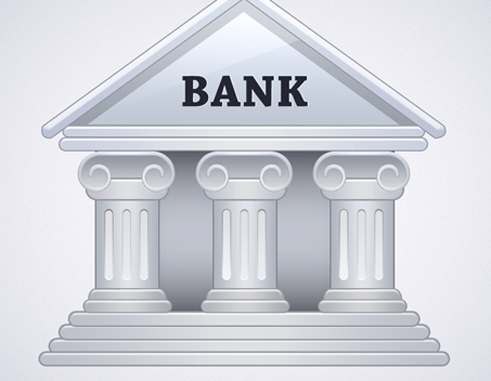 EDITOR:
BANKS the world over have been shouting from their roof-tops that their giant vaults have been groaning for oxygen because they have been suffocating with excessive cash. There is an absurdity in that truth which should be disturbing to all, because that confession is made without a conscience. So we, the people say to the bankers, “Why do they hang us to dry!” and we say further, “Find the same ingenuity that filled your vaults to deliver us from your clutches, so that your lungs and ours could dilate naturally together, without the use of artificial and painful contrivances.”

I am no recent convert to the views here expressed. Neither am I, only now, awakening your senses to the crippling effects of high interest rates on our lives. As early as 1983, thirty-two years ago, in reply to Prime Minister Compton’s budget statement, without fear of repercussions, I vented my feelings on the question of high interest rates. I was then Leader of the Opposition, assisted by one other member, Cecil Lay. The other member, the beloved Jon Odlum was a P.L.P. Arrayed with thirteen proud ministers to deflect the paltry darts of the apparently anemic Opposition, Compton appeared heedless until he felt headless by my straightforward criticism of the foreign banks. However, I think he was of the same opinion, and I salute him for his silence.

It was not without deference to Speaker St. Clair-Daniel that I looked straight at the Prime Minister at the opposite side and said, “High interest rates is the cause of all our problems” or words to that effect. I then proceeded to say that Barclays Bank was not for St. Lucians but for foreigners, and that the Co-operative Bank was the only bank, that truly helped us. They must have all jumped out of their skins, for not one of the thirteen would have dared to criticize their mortgages fearing foreclosure. In the interest of the people, I threw caution to the four winds. Such a statement by the Leader of the Opposition, anywhere, is always worthy of instant Prime Ministerial rebuttal, or at least of some reasoned explanation. There was neither. And to this day, I know of no politician who has picked up that cudgel to assist the people. It seems then, that heaven and earth will pass away before that day comes, since everyone is the property of the banks that asphyxiate him or her.

In support of my thirty year old position, I shall use as footing two pertinent statements made by the world’s most renowned banker, Mayer Rothschild, a German Jew and America’s legendary president Thomas Jefferson, both contemporaries of the eighteenth century.

Regarded as the founding father of international finance, Rothschild said to the world at large:

“Let me issue and control a nation’s money and I care not who writes the laws.”

In debating the re-charter of the Bank Bill in 1809 President Jefferson’s position stands out as a serious warning to us in our dealings with banks generally. We are counselled in these words:

“I believe that banking institutions are more dangerous to our liberties than standing armies. If the people even allow private banks to control the issue of their currency, first by inflation, then by deflation, the banks will deprive the people of all property until their children wake-up homeless on the continent their forefathers conquered. The issuing power should be taken from the banks and restored to the people to whom it properly belongs.”

The conclusion of this matter is that high interest rates impoverish a nation. Those with roofs over their heads find it almost impossible to make ends meet even when two salaries are put together. Equally, employers as a whole, find themselves so straight-jacketed that they are either forced to release workers or close down their businesses. For heaven’s sake, bring down the rates, and all headaches will go away, and There will be peace in the valley.