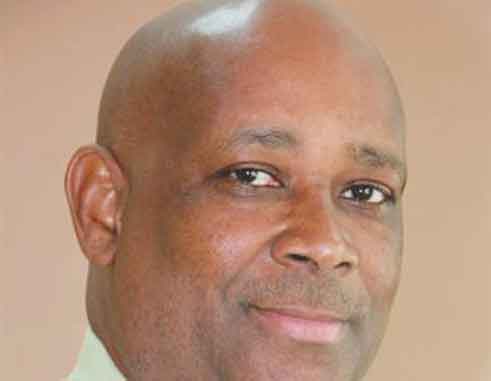 Promises Ports Will Be Strengthened Against Illegal Migration.

SAINT Lucia is moving quickly to ensure that its ports are not used as points of departure for illicit migration following the apparent arrival and departure here of two groups of people of separate nationalities in recent times.

Three months after charging four men with human trafficking and other related crimes coming out of the Lambirds Academy scandal, local authorities are now investigating claims that 38 Cuban nationals, who left the country by boat earlier this month, were in possession of Saint Lucian visas, which they were not supposed to have since they did not need them to enter Saint Lucia.

“We are concerned right now with what is happening in the wake of the Lambirds affair that Saint Lucia is being used as a port or place for illegal immigration,” said Hubert Emmanuel, Permanent Secretary in the Ministry of External Affairs, International Relations and Civil Aviation.

“We want to safeguard the good name of Saint Lucia and so we have had several meetings with the immigration department and other agencies of relevance in terms of trying to get to the bottom of this particular issue,” he added.

The particular issue is the 38 Cubans who were caught on a vessel enroute to the United States of America.

A report, by the Associated Press, has been receiving much attention in the local media and threatened to engulf the government in a firestorm of criticism of its handling of its foreign affairs portfolio.

But unlike the Lambirds Academy scandal, the government was able to dodge further embarrassment when confirmation came from American authorities that the Cubans identification documents did not contain Saint Lucian visas, as were reported.

Said Emmanuel: “Last week you may have heard in the news a story that 38 Cubans were caught on their way to the United States of America. The report went on to say that they were coming from Saint Lucia and were in possession of Saint Lucian tourists visas. We contacted the Cuban authorities, the American authorities –the embassy in Barbados requesting information on the said Cuban nationals who were coming from Saint Lucia.

“While we knew all along that it was not possible to have Cubans having Saint Lucian visas, because as a rule Cubans do not need visas to come to Saint Lucia, we wanted to ensure that there was no hoax going around. We requested information from the American authorities on the Cubans. A diplomatic note from the US Embassy gave us information on all that we requested, the names, dates of birth and ID’s of all the Cuban nationals,” Emmanuel said, adding that the Americans said that the boat came from Saint Lucia.

Reading from a document that he said was the diplomatic note from the Americans, Emmanuel quoted the Americans as saying “that the United States of America does not have information concerning Saint Lucian visas.”

“We want to clarify that, to indicate definitely that, the notion that Saint Lucian visas were issued to these people is not correct,” Emmanuel said.

Emmanuel admitted that local authorities have yet to determine whether the Cubans were in Saint Lucia, despite the Americans saying the vessel they were on came from Saint Lucia.

“With the information we have, the authorities would ascertain whether or not they were in Saint Lucia and how they were able to leave the island. From what we know so far they did not leave from the legal ports, the authorized ports. It is very clear that if indeed they came from Saint Lucia some activity may have gone on of which we are not aware,” Emmanuel said.

“We now have to put measures in place. In the coming days we will have more meetings with Immigration, Police and Home Affairs to put mechanisms in place so that Saint Lucia’s friendliness will not be taken advantage of,” Emmanuel said.