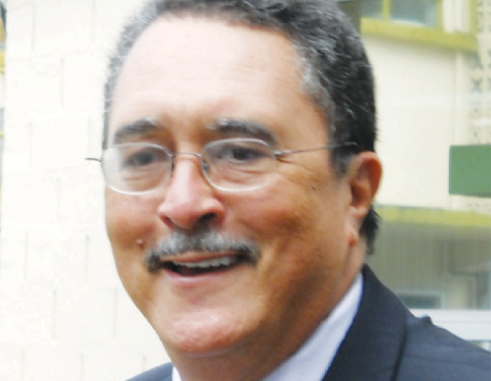 I WATCHED in disbelief as the House Sitting to discuss the 2015/16 Estimates of Revenue and Expenditure came to an unexpected and abrupt end on Wednesday. . The Government, through its leader and Minister of Finance and Economic Affairs , had spoken and as usual, Prime Minister Kenny D. Anthony gave a detailed and comprehensive account of his Government’s financial business over the last year and took the House of Assembly and indeed the country, through the allocations for 2015/2016.

In just over an hour, the Minister of Finance shared some good news that meant one thing: Kennynomics works! Whilst the good news was met with public approval, the opposition was left shell-shocked. They simply weren’t ready. It was as if Gale Rigobert, Arsene James and Edmund Estephane were fooled into believing the erroneous economic statistics Chastanet had been peddling to them and the public at large for a whole year to all who would give him a listening ear. They appeared to be totally amazed, as the lecturer, Kenny D. Anthony calmly took the floor to report better days in the management of Saint Lucia’s treasury. Something which had eluded the UWP during their five-year tenure! The truth is, the Opposition desperately wants this economy to collapse.

The Minister for Finance commenced, “Public finances strengthened during the Financial Year 2014-15, with improved revenue performance and prudent expenditure management. The preliminary outturn indicates that total revenues and grants amounted to $989.2 million while total expenditure is estimated to have reached $1.15 billion, generating a lower overall deficit of $126.4 million or 3.4% of GDP compared to a target of $213.5 million or 5.8% of GDP in the 2014/2015 budget.” By then the look of shock and anxiety was visible on the faces of the Opposition. This is not what they had prepared for. This wasn’t the message Allen Chastanet had told them was coming. Instead they expected to hear that the treasury had collapsed due to ill health and the inability of the Government to secure consensus for a 5% wage cut. After all, this is what they had hired Mary Isaac to do, to block any reduction in expenditure on salaries and wages.

Given their history in the House, I fully expected the figures to be twisted someway, somehow by Guy Joseph and the rest of his team. However, the fact that the Opposition’s Budget Debate is being coordinated by someone who is not a member of the House and who was not present in the gallery at the time of the summary presentation, would make it hard to adjust. The UWP team was crippled. To make matters worse, Chastanet’s Deputy, messenger and translator, Guy Joseph, left before the Prime Minister concluded his report to the House, without giving clear instructions to Gale Rigobert. The Opposition was lost for words. The figures given to them by Chastanet were off and so they were confused and bewildered.

But there is a question to ponder. Why did Guy Joseph leave the House at the time that he did? The explanation that he offered to the public was that he had a funeral to go to. Is it normal to go to a funeral at 10:30 a.m.? I think not. Guy Joseph, I suspect, was supposed to lead the rebuttal of the Opposition but quickly had to consult his leader, Allen Chastanet for directions given the information presented by the Minister of Finance. Caught off guard, Gale Rigobert did not know what to do to save the day.

I will share my views on the embarrassment that followed but first, to ensure that the good news is not lost in the Opposition’s confusion, I wish to highlight a few salient points from the Minister of Finance’s exposition to the House of Assembly.

These are records that all Saint Lucians should be proud of. At this time last year, the message was a bitter pill to swallow. Today, the results have made it clear that Labour is a better government to follow.

Just as the Opposition creates platforms to mourn about an unemployment problem created by their poor handling of the economy between 2006 and 2011, a crime situation that spiralled out of control and peaked in 2011 and CIF on fuel prices, one would have thought that they would profit an uninterrupted Parliamentary platform to ask “How did you do it Kenny? “ or to simply say “Bravo”. The successes of Kenny D. Anthony are the successes of the people. Clearly we expected too much of an effette opposition.

Even after the embarrassment of a confused and silent Opposition was displayed in the House yesterday, the Opposition did all in their power to ensure the reduced fiscal deficit and improved revenue collection did not capture the headlines. Their main spinner, Timothy Poleon, commenced his midday show with Gale Rigobert, who was later assisted by Guy Joseph and Nancy Charles. They all felt they reserved the right to remain silent because Kenny D. Anthony is a dictator. What a sorry and pathetic excuse for an Opposition! And no, Timothy Poleon saw nothing wrong with the sorry excuse which passes for Opposition in Saint Lucia.

The evening news on every station was filled with more excuses from almost every member of what is left of the Opposition. As if that was not sufficient time, every Talk Show on Wednesday night had a UWP Parliamentarian offering different and most times conflicting reasons for such unprecedented and shameful behaviour. The common thread was “It was Kenny Anthony’s fault because he is a dictator.” Now, tell me, what did Kenny D. Anthony do in the House of Assembly to make him a dictator? Let us examine a few of the Opposition excuses.

1. We cannot debate figures without information. Firstly, figures is information. Secondly, all that information was explained in a one hour opening statement by the Prime Minister. Thirdly, you debated it last year and year before. What has changed?

3. We did not have to start the debate. Actually, if you were paying attention, you would realize the Prime Minister started the debate. He always starts and ends the debate during Budget. He spoke on every Ministry. There was nothing said within that hour that interested you? In actual fact, the parliamentary convention is that after the Minister of Finance has spoken on the Estimates it is the shadow spokesperson of Finance for the Opposition who is given the right of priority to reply.

4. We did not have enough information to debate. Why not profit an uninterrupted platform to express your views and register your inability to comprehend the Estimates or debate the Estimates because of the absence of information?

5. We got the Estimates one week before. When, in the past have you ever gotten the Estimates earlier and why did you debate then?

These excuses are lame and disappointing. No matter how I twist and analyze this, it is embarrassing to face. The representation in the House of Assembly should not be taken lightly.

I have already concluded that the UWP can afford not to debate in the House because they are given more than one hour of free airtime without any interruptions on any given day on Newsspin, News Maker Live, Hot Button Issue or wherever they decide once it is politically expedient to speak. The Government on the other hand, has a history of being short changed and criticized by the media and knows that this platform will not be offered even if it throws away the opportunity it is entitled to.

I never thought I would live to see a day when individuals who fought so hard for a seat in Parliament would neglect to perform tasks they are paid to do in Parliament. The Budget is perhaps the most important exchange between the Government and Opposition during the parliamentary year. Many at home and abroad look forward to reports and questions. The Opposition clearly needs to reexamine it’s approach to the business of the people because actions that are designed to embarrass the Government, are instead embarrassing the entire nation.

In 2011, the people of Saint Lucia decided that the UWP is not fit to be in Government. On Wednesday, they proved that they are not fit to be Opposition either. I now move that the LPM adopt the seats in the House of Assembly from now until General Elections because apparently they have more than propaganda to add to the debate on the people’s business.

Whether there was little or nothing to say, the fact that it was not recorded in the House of Assembly is disrespectful to the voters of this country. I have heard people say that the Prime Minister’s contribution was very thorough and detailed and needed no support or opposition. Even that could have been said so our children and grandchildren would understand and appreciate the silence of the Opposition. The records now show an Opposition that is not prepared to represent the people. Another example of poor and desperate leadership by Allen Chastanet. Another shameful act.

Truly, another episode in the “Days of Our Lives.”