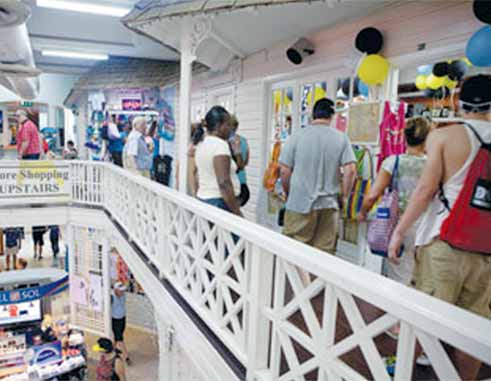 PRIME Minister Dr. Kenny Anthony last week revealed a plan to stop visitor harassment and increase vistor safety, a situation that has worried hoteliers and other tourism officials for years.

The plan is one of several attempted by the government of Saint Lucia in the past, others were beach patrols, by a special unit called Beach Rangers, then road side patrols by Special Police Constables attached to the Royal Saint Lucia Police Force, patrolling areas nearest to ports of disembarkation.

“Having examined the problem , and after discussions with the Saint Lucia Hotel and Tourism Association, the government has decided to establish a special Visitor safety Unit to protect tourists, to prevent crimes from being committed against them and to provide them with assistance,” The Prime Minister said during the 2015/2016 budget statement last week.

He said that a pilot programme will first be established in Castries and thereafter the units will be deployed elsewhere.

Visitor safety has always been a troubling factor for the fragile tourism industry, now the mainstay of the economy. Time and again government has had to step in to restore the good name of Saint Lucia whenever a violent crime is committed against a visitor.

Just last week, in the early afternoon, an English national was robbed while walking in Vigie.

Police reported that Edwina Jane Crutchley, 60, was assaulted and dragged into the Vigie Cemetery where “a quantity of her valuables was stolen.”

“The problem of visitor harassment is acute. Frankly, it is out of control particularly in Castries and its environs. It is also a serious problem on our beaches and visitor hotspots,” Dr. Anthony said.

Numerous reports from cruise ship passengers all indicate that harassment is a major problem in Saint Lucia, a point noted by the Prime Minister, who further underscored the link between the tourism industry and the economy and the integral part tourism plays in the economy’s survival.

“We have a responsibility to create a safe and secure environment for our people as well as our visitors,” he said.

Members of this new unit to protect visitors will receive regular training as police officers, and in addition receive specialized training to prepare them to respond to the issues raised by visitors. The training modules will be developed by the police as well as tourism personnel.