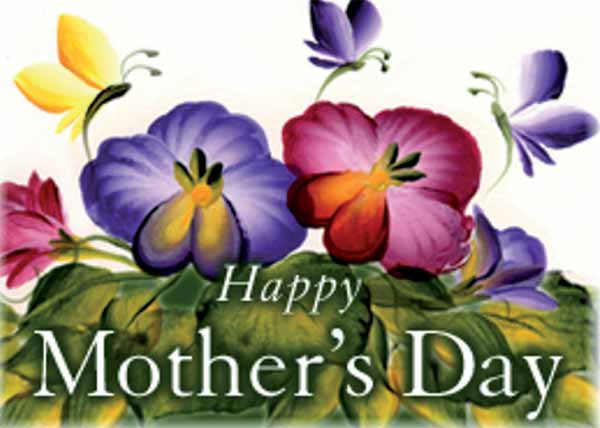 Tales from Ancient Greece and Rome tell of festivities which celebrate motherhood. Greek Spring festivals celebrating Rhea – the wife of the God Cronos and mother of many deities, and the Roman festivals celebrating the mother Goddess Cybele usually lasted for three days. These events usually included parades, masquerades and an assortment of games.

Seventeenth century England celebrated what was popularly known as “Mothering Sunday”. This day was celebrated on the fourth Sunday of Lent during a church service where prayers were offered to the Virgin Mary and children offered gifts to their mothers. This customs almost died out in the nineteenth century but was re-awakened after World War 11.

Anna Jarvis has the honour of being known as the “Mother of Mothers’ Day” in the United States, but the idea to celebrate such an occasion did not come from her. Years earlier, Julia Ward Howe initiated the celebration of Mothers’ Peace Day on the second Sunday of June. Her idea gained popularity and was soon replaced by Mothers’ Day which is aptly celebrated in May – a month dedicated to the Virgin Mary by the teachings of Catholicism. Carnations became a symbol associated with the virtues of maternity and were frequently sent by Anna Jarvis to her mother and the church.

Today, Mothers’ Day in the Island Neighbours is extremely commercialized. Such a day is used to maximize profits by selling flowers, candy, jewelry and lingerie.

Happenings
May is Lupus Awareness Month in the nature isle. Events are organized by the Lupus Foundation of Dominica to support, educate and motivate individuals. On May 8th a Lupus Walk will be held from the headquarters of the Dominica Red Cross to Bay Front. How can you help in your island? Tell someone about Lupus TODAY!

Neighbourly GetAways
The celebration of motherhood should be a yearlong event, but we who are ever conscious of the blessing called motherhood need no reminder. This week we present to you: Spas Which Celebrate Maternity. Within the Island Neighbours, there exists a series of spas that celebrate womanhood; the unique arcs of her body. Say Happy Mothers’ Day this year when you give the gift of a Spa Treatment! Experience pure relaxation in the hot springs of Screw’s Sulphur Spa in Dominica – a well-known spot for visitors and locals alike who enjoy sensations of the pools and waterfall nearby. Le Cap Est Lagoon Resort & Spa in Martinique invites you to treat your body to a stress-free existence. Come in … trade in stress for relaxation, chaos for peace and sore feet for a pedicure. It’s the perfect place to free your muscles from midday cramps!

The last Sunday in May is Mothers’ Day in Guadeloupe. Carnations are worn and daisies, lilies, orchids are given to several mothers on the island. The Island Neighbours takes you to the florist shop “Mil’ Fleurs” in Pointe á Pitre/ Basse Terre/ PétitPerou/Jarry – house of exotic/tropical flowers. Put a cheery smile on a mother’s face for the day. Flower and fruit packages are available too. Like other special celebrations the traditional cake “galette de rois” is a must on Mothers’ Day. “La Maison du Cacao” Grand Plaine, Pointe Noire, Guadeloupe, is the site for chocolate-lovers. For a minimum of 6euros, visitors encounter the fabulous l’histoire de chocolat (history of chocolate) walking among cocoa plants, digesting the scent of fresh cocoa, discovering the process of making chocolate and tasting the results.