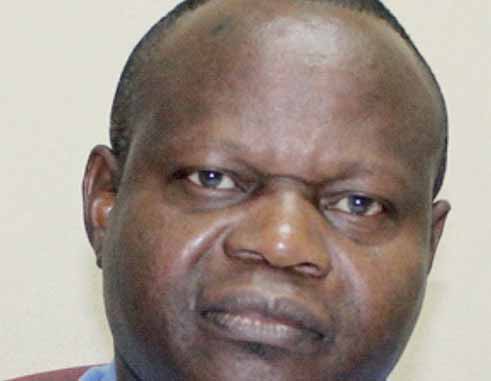 A woman and her two sons perished in an early Tuesday morning blaze at Chase Gardens, and officials are busy looking for answers as to how the tragedy occurred.

Acting Fire Chief Lambert Charles was initially at a loss for words when he sat down with this reporter to talk about the blaze and his department’s role in sensitizing the public about things that could cause a fire or contribute to the spread of one in a home.

“The cause of this fire is under investigation. We at this time cannot say what caused it; however we are wondering whether the countless warnings, cautions, notifications and advices that we have given the public over the years are paid heed to. I don’t know if any of this is sinking in,” Lambert said.

The wooden structure that was burnt to its foundation housed five persons at the time.

Alison Forde, 37, and her sons Giovanni Forde, six, and Tarrick MacDonald, nine, all perished in the flames that swept through the home just before dawn.

Forde’s boyfriend, John Baptiste George and her mother, Simone who were also in the house at the time escaped the flames. Reports are that they passed through a side door which became impassable soon afterwards due to the spreading flames.

The design of the house, and the seemingly lack of attention to fire hazards by many Saint Lucians have again forced Charles to issue another bit of advice:

“I’m asking Saint Lucians to please install smoke detectors in their homes. A smoke detector costs about $25 which is negligible when compared to the cost of losing your home. It will alert you to a fire in the home. I’m also calling on Saint Lucians to ensure that there is a back door to their homes. If they have homes without back doors put in one. A back door needs not have steps leading to the ground. Should there be a fire in the home which blocks the main entrance one can jump out of the back door. It’s better to suffer a broken leg by jumping out than losing your life in the flames.”

The three who perished in Tuesday’s inferno bring to four the number of persons who have lost their lives in home fires so far this year.

Fire Chief Charles is worried about the number of sorties firefighters have had to make over the past few years, including this year, to extinguish fires all over the island.

Firefighters responded to 882 fires last year, 655 of them involved the burning of bush and rubbish. The fire department, in 2013, responded to 595 fires. The figures for this year were not available.

With a staff complement of about 300 firefighters, spread across the country, in eight stations, each with three crews working two shifts, responding to fires is taxing the department, Charles said.

He admitted that the fire department is short staffed but has been able to deal with the numerous calls coming their way in a professional manner.