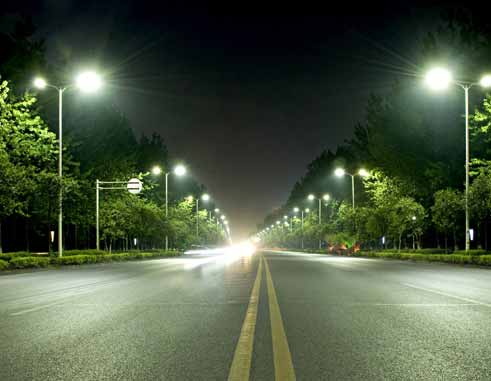 The new LED lights are part of a broader plan to eventually replace the approximately 20,000 streetlights currently placed all over Saint Lucia. These are installed and maintained by LUCELEC but the electricity that they consume is paid for by the government of Saint Lucia.

LUCELEC and the government are discussing the time frame for the replacement, given that the existing lights have not reached the end of their useful life and the cost of replacing the entire stock will run into the millions of dollars, the company said yesterday.

The move towards the LED lights is in keeping with the provisions of the national energy policy for improving energy efficiency and reducing carbon emissions and the use of fossil fuels. LED lights are more environmentally friendly, consume less electricity, require less maintenance and last longer than HPS lamps. Replacing HPS lamps with LEDs will also assist with reducing Government expenditure on electricity.

The LED lights used in Castries were chosen following a LUCELEC Pilot Project where the performance of six models of LED streetlights from five different manufacturers was assessed. LUCELEC Business Development Manager Victor Emmanuel says this approach was taken to ensure the best product for the needs of the country was chosen, especially given the scale of investment to be made.

Ahead of the installation of the LED lights in Castries, a similar undertaking was carried out in Gros-Islet village where 50 HPS streetlights were replaced with LED lights. The next phase of this island-wide initiative will be carried out in Vieux Fort.