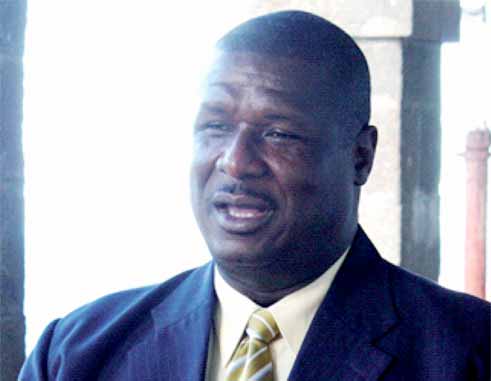 Former PM Says No One Interviewed Him.

King spent the first 23 minutes of his one-hour-long budget debate presentation in Parliament last Friday zeroing in on Dr. Anthony’s March 8 address to the nation. In that address, Dr. Anthony revealed that the IMPACS report suggested that law enforcement, business people and public officials were complicit in the actions related to the so-called extra-judicial killings of twelve men by police during “Operation Restore Confidence” between 2009 and 2011.

King argued that while Dr. Anthony did focus on government’s plans to create a more business-friendly environment to spur increased productivity, competitiveness and job creation, the area of maintaining social stability and peace was not elaborated on.

“The Prime Minister in his entire address failed to address the issue of crime and security, particularly on the heels of the recent IMPACS report which some of us here in this honourable house are not privy to,” King said.

King said that while Dr. Anthony’s March 8 address would have fulfilled a promise of keeping the nation abreast on the outcome of the IMPACS report, Dr. Anthony continued to use statements he (King) made related to curbing crime during his tenure out of context. King said when Dr. Anthony first addressed the nation about the so-called extra-judicial killings last August, references were made to his (King’s) statements.

“(Dr. Anthony) referred to the address of May 30, 2010 in which he indicated that what became known as “Operation Restore Confidence” ostensibly to restore confidence in the police force and to provide a safer environment for the citizens of Saint Lucia as ‘the former Prime Minister warns criminals that there will be no refuge, no stone will be left unturned and there will be no hiding place for anyone’,” King said. “Mr. Speaker, that statement is correct but it is a suspended statement out of a more detailed address which was made dealing with crime in its entirety.”

King then read excerpts of the May 30, 2010 address he delivered to the nation, emphasizing that the runaway crime that existed at the time “will be eradicated by whatever legal means at our disposal”. The Castries North MP said that while he spoke extensively about his government’s plans to take appropriate measures to curb crime at the time, his words were misconstrued.

“The fact that just one single hanging line was plucked out to form the backdrop of his address in dealing with the crime situation, I am certain that the Prime Minister himself was not the one who did it,” King asserted. “And I’m putting my hand in fire and my neck on the block. I believe between the Prime Minister and myself, that we’ve agreed that we both have walked the same road. We both understand the responsibilities that we have in the office of Prime Minister and we now both understand what it means being in opposition.”

King said his May 30, 2010 address was taken out of context “to bring a negative connotation to a good intention” and not focusing on his administration’s plans which said “we will confront them, disarm them and arrest them and bring them to justice.”

“That was the intention of it. There was no other intention. But it was convenient for whoever scripted it,” King said.

King said politicians’ dependence on technocrats can often become counter-productive “but if we’re not careful, they’ll mislead us for their own personal intentions.” King went on to say that following Dr. Anthony’s March 8 address to the nation, he requested a copy of the IMPACS report from the Prime Minister. In lieu of a copy of the report, King said Dr. Anthony indicated that arrangements would be made to facilitate a debriefing between the two men. King said he should be privy to certain elements of the report since his words have been cited as the cause of the ill-fated events of “Operation Restore Confidence”.

“What I found very strange about the statements made by the Prime Minister is (that) if indeed my statement formed the fundamental basis for the inquiry and the formulation of a report, then the person who made the statement should be one of those interviewed by those investigating the matter,” King said. “I never met anybody, no one called, no one approached and no one interviewed me.”