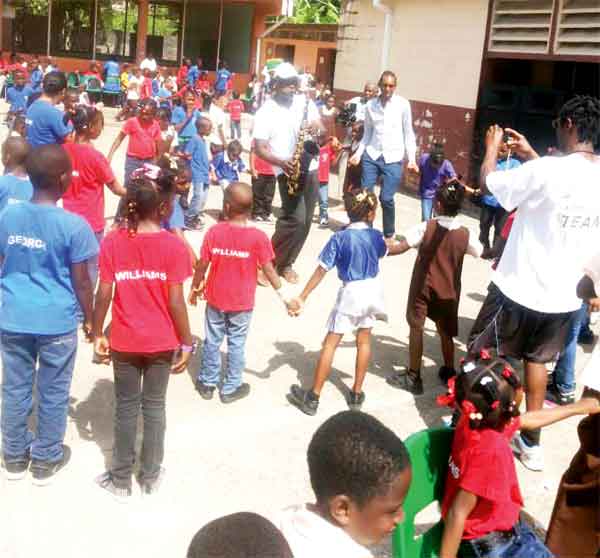 PATRONS at the opening of the St. Lucia Jazz and Arts Festival at the Mindoo Phillip Park last Thursday were not the only ones who got a taste of the musical treat as a number of schools across the island including the Gordon Walcott Memorial Methodist School hosted their own jazz events.

The students were treated to the music from Augustin “Jab” Duplessis, Naomi Grandison, the Gros Islet Secondary School band and they were even treated to the Latin sounds of a Venezuelan group.

Among the other schools which organized similar events were Dame PearletteLouisy and the Marchand Combined school.

Above, Duplessis blows away the students on the Gordon Walcott Methodist School Grounds.