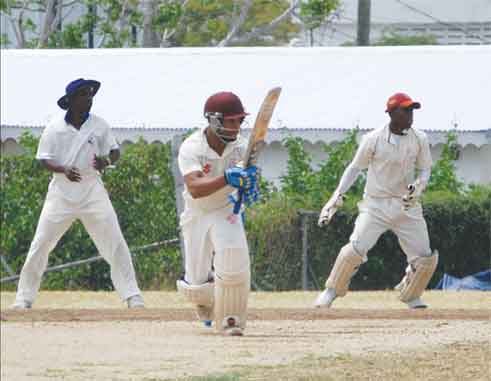 Following an emphatic 3 wicket win over South Castries, Mabouya Valley will be looking for good performances from Dale Smith, Denzil James, Dishal Rampaul and Magaran Joseph when they meet Choiseul at the Dennery Playing Field.

At the Piaye Playing Field, Soufriere is expected to come out firing with the likes of TennacyHippolyte, Denver Didier and Canis Richardson against South Castries who will depend heavily upon Tonius Simon, Mario Lawrence, Nickson Edmund and former national off spinner Brian Calixte.

Meanwhile, the AcyntaAuguste Women’s 50 Over Knock Out Final between South Castries and Choiseul will be played today at Laborie from 10.00 a.m.

The Choiseul team won bragging rights to the final with a 63 runs win over Laborie, while South Castries had a close call over Gros Islet by 4 runs.