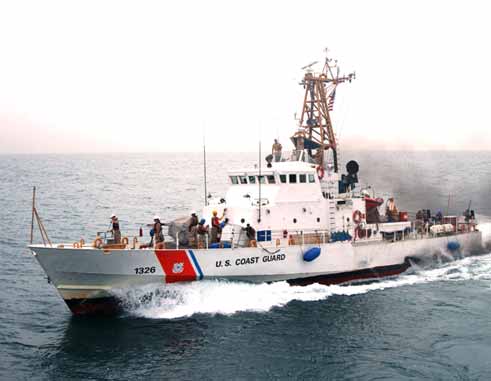 ON the heels of the controversial Lambirds affair, St Lucia finds itself involved in another immigration issue, this time involving Cubans.

The St Lucia government yesterday announced that it had launched an investigation into reports that 38 Cuban migrants caught trying to sail into the United States were carrying tourist visas to St Lucia when they were intercepted at sea by U.S. Coast Guard.

The opposition United Workers Party (UWP) also issued a statement yesterday saying it was concerned about the matter and called for an explanation from the Government of Saint Lucia in answering and informing the people of this country as to the following: Who were these visas issued to and for what reasons? For what period in time were the visas issued? Who issued these visas on behalf of the Government of Saint Lucia?

The 38 migrants were among nearly 100 detained by the Coast Guard in April and who would ordinarily have been quickly repatriated under an agreement between the U.S. and Cuba intended to discourage risky sea journeys by people seeking to reach the United States.

But a U.S. official said Cuban authorities had balked at accepting the migrants, arguing they did not qualify as migrants in transit who should be immediately repatriated because they had legally left their country and obtained tourist visas from St. Lucia. The migrants were held on board the Coast Guard cutter Vigilant until the situation could be resolved.

A resolution apparently came Saturday. A statement issued by the Cuban Interests Section in Washington said Cuba’s government notified the U.S. it would allow the migrants to return even though they do not qualify for repatriation under the terms of the 1995 agreement.

The Cuban government faulted U.S. immigration policy, which allows migrants from Cuba to quickly become legal residents, and eventually citizens, if they make it to U.S. soil but turns back those caught at sea. The policy prompts many to try to reach third countries and find alternate routes to avoid Coast Guard patrols.

The U.S. should end this “preferential policy,” the Cuban government said. “It is the principal stimulus to illegal migration from Cuba to the United States and to the irregular entries of Cubans to U.S. territories through third countries, undermining the commitment made by both countries to promote legal, safe and orderly migration.”

The Government of Saint Lucia said it was aware of the AP report and had ordered an investigation “to determine how the alleged visas appeared in the passports of the Cuban nationals, since Cuban nationals do not require tourist visas to visit Saint Lucia:”.

A statement from the Press Secretary to the Prime Minister said the Government of Saint Lucia was in touch with the Cuban and American authorities on this matter.

The AP report quoted “U.S. officials” as saying that the would-be immigrants had tourist visas to Saint Lucia when they were intercepted at sea by the Coast Guard.

It quoted one official as saying that the Cuban government had refused re-entry to the island because their return does not comport with a repatriation agreement with the U.S. The officials spoke on condition of anonymity because they were not authorized to discuss details of the situation by name. But Cuba had a change of heart and later decided to allow the migrants to return home.

Under U.S. law, Cuban nationals who make it onto U.S. soil are granted permission to come into the country and can quickly become legal permanent residents and eventually U.S. citizens. Migrants caught at sea generally are sent back to Cuba. The Cuban government has historically allowed U.S. authorities to quickly repatriate those migrants caught at sea.

The decision to keep the migrants from returning had threatened to cause a diplomatic rift as both governments have been negotiating conditions for re-establishing diplomatic relations. Presidents Barack Obama and Raul Castro announced the effort in December.

The United States and Cuba are trying to wrap up an agreement in the coming days that would allow them to re-establish embassies and post ambassadors to each other’s capitals after a half-century interruption. Officials from both governments were planning to meet in Havana Friday to discuss the situation.

The St Lucia government is curious about how the Cubans came to be in possession of tourist visas to St Lucia. This incident comes in the wake of some 60 Asian students being left stranded in St Lucia after an education al institution, Lambirds Academy, which they enrolled to attend suddenly shut down and its principals arrested by local police on money laundering and human trafficking chargers. The case is currently before the courts.

Two weeks ago, seven of the students left St Lucia illegally for Grenada and were sent back here by the Grenadian authorities.

A promise by the St Lucia government to investigate what has been known as The Lambirds Affair has so far not materialized.

Yesterday’s United Workers Party statement wanted reasons why Saint Lucia visas “for the second time in recent months seemed to result in embarrassment for this country”. The party demanded a full and detailed explanation and investigation from the Dr. Kenny Anthony administration.