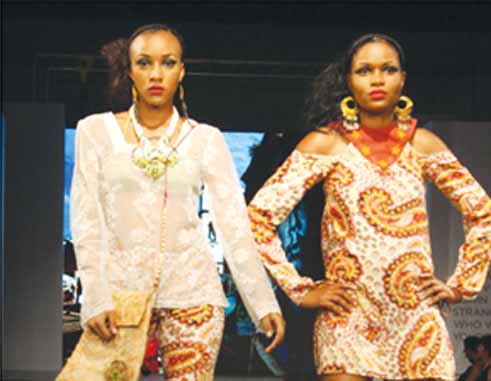 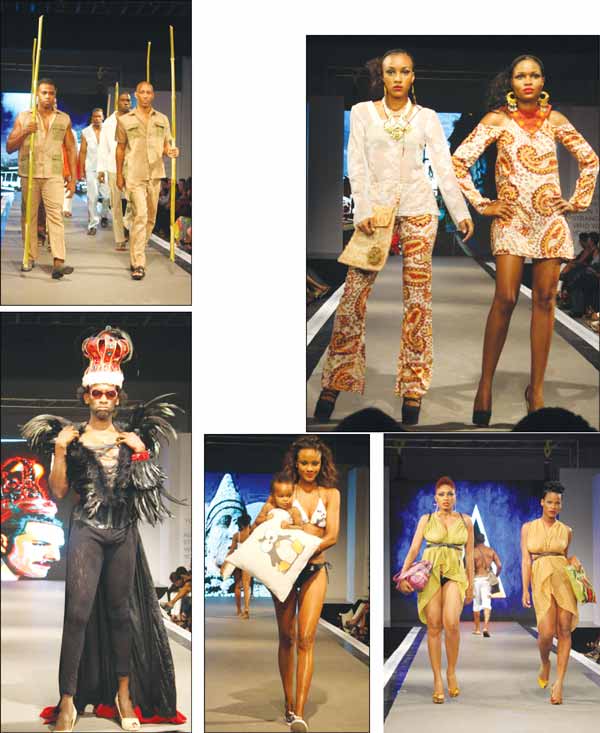 THE third time around has definitely been a charm for the sizzling hot fashion show, Hot Couture. This year’s show, held at Johnsons Centre in Rodney Bay on May 6, proved that the show can only get hotter if organizers keep packing the heat.

Clothing lines from close to two dozen designers from six countries were showcased. The fashion talents of Saint Lucia, Turkey, Trinidad, Guyana, Cuba and Guadeloupe were definitely worth the cloth they were cut from. The fashion lines were both eye-catching and deserving of the resounding applauses on the night.

Special guest designer, Anya Aoung-Chee of Trinidad closed the show albeit on an anti-climactic note. Nevertheless, the young fashion designer, who won Project Runway Season 9, seemed to have worked her magic in getting all the seats at the venue filled that evening. In fact, this year’s Hot Couture was so hot a ticket that patrons who tried to purchase tickets on the night had to be turned away due to lack of space in the venue!

Hot Couture’s Creative Director, Richard Young, told The VOICE he felt this year’s event went above expectations. Young said the term “hot” appropriately fits the fashion show – not only for the fashion side but the show itself outgrowing its current Johnsons Centre space.

“What we might probably have next year is having the show on two days because it might be even more challenging to find an alternative venue that can accommodate more people. However, I don’t really thing a larger venue might be the best thing because fashion showcases like this need to be as intimate as that is. When you get too farther away, it becomes too dispassionate,” Young said.

Young added that the models learned a great deal about discipline and theatre in this year’s production despite the obvious language barriers involved. He said the involvement of the Cuban designers in this year’s show raised the bar even higher. Young said all of the designers expressed similar sentiments that this year’s show was a winner.

Producer Mae Wayne said that while the season sapped much of her energies, she was appreciative that being a taskmaster paid off on the whole. The melting pot of cultures, she said, took the show to another level.

“I am very pleased with how the show went,” Wayne told The VOICE. “For me, it’s all about cultural exchanges, meeting and working with people from different islands and other continents. Our models did us proud by performing with the Cubans.”

Wayne said that as better as the fashion gets, it becomes even harder and more expensive to host, especially with sharp budget cuts made this year. If things get better, she said, more needs to be invested so that fashion – like the other art forms – flourishes.

“The arts are an area that really needs to be rewarded. What we have in Saint Lucia and the rest of the Caribbean are really our talents. We need to learn that we need to export that talent,” Wayne explained.

Wane, publisher of She Magazine, said she will be clamouring for an increased budget so that models are better compensated for their work on the show. She said models and other artists work very hard to make the show what it has become. One model told The VOICE that he was paid $500 for his services after spending several weeks in rehearsals. Wayne said she’s working on a better compensation package for models next year.

“All of us are a family,” Wayne said. “If I let the issue go, (an increased budget) might not come next year. We have to look at the big picture. So my next goal is to have those models and everybody that performs in Hot Couture be properly rewarded.”

The Hot Couture fashion show is part of the annual Saint Lucia Jazz & Arts Festival and had its initial runway strut at the Audi Showroom at Choc in 2013 before moving to the Johnsons Centre last year.