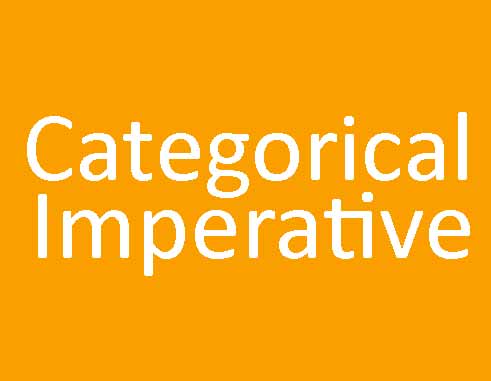 THE sword of Damocles, I’m afraid, will continue to hang over our collective heads lest we renounce the Kantian posture that fiscal consolidation is the nation’s categorical imperative at this time. Contrary to what the “fiscal hawks” or “deficit scolds” from all sections of society have argued, what we need for a rapid, powerful recovery is a burst of government spending to help JUMP-START the economy. Like a boxer squaring the ring, our nation needs to tackle head-on the demand management tools of spending, taxation, subsidy and stimulus.

Alas, Saint Lucia risks a deeper recession if a package of economic measures are not put together to stimulate the weaker parts of the economy. The objective of this stimulus package would be to reinvigorate the private sector through tax breaks and spending projects and prevent or reverse a recession by boosting employment and spending. We owe it to the unemployed.

Support for SMEs
The answer to our unemployment woes may well lie within the sphere of private sector business nurturing and development. Although foreign direct investment (FDI) is essential, more critical is the support and incentives provided to entrepreneurs, and small and medium size enterprises (SMEs), either through targetted business development policies or fiscal stimuli. SMEs are the lifeblood of a country’s economy; they are essential to generating good jobs. Long recognized as crucial to economic development, entrepreneurs and SMEs are increasingly seen as crucial for sustainable recovery and for a strong middle class, the source of economic growth. A strong middle class provides a stable consumer base that drives productive investment. Hence, tax policy is one of the most obvious policy levers that policymakers control to alter the incentives of firms and entrepreneurs. When business tax structures are well-designed, government facilitates investment in the emerging firms that create jobs.

Focus on job creation
Saint Lucia’s economic policy is marked by a tradition in which the supply side has played an important role, as opposed to the demand side which has been less in focus. This needs to change. The current political fixation on fiscal consolidation is wrong. The focus should be on JOB CREATION and getting the economy humming again. The future prospects of today’s youth are being eroded with each passing month. Every month that this economic drag goes on inflicts continuing and cumulative damage on our society, damage measured not just in present pain but in a degraded future.

Deficits do matter, but not the way you think
The essence of the notion that deficits don’t matter in times of economic turmoil can be distilled from the ferment of contributions made by illustrious economists. The corollary must be true that economies need to adjust for the business cycle. In the scary months that followed the perceived point of world recession in 2008, many governments agreed that the sudden collapse in private and investment spending had to be offset, and they turned to expansionary fiscal and monetary policy.

Lately, Christine Lagarde, the Managing Director of the International Monetary Fund has made progressive remarks about cyclically adjusted budget deficits citing “today, we understand better than before how a restrictive fiscal policy weighs on growth.” Pointedly, in calling for greater financial stimulus to revive a moribund economy, Paul Krugman has made reference to “the lesson that the Obama administration unfortunately failed to learn until very late in the game – that the economic strategy that works best politically isn’t the strategy that finds approval with focus groups; it’s the strategy that delivers results.”

With the benefit of hindsight, world renowned macroeconomists now believe that bigger deficits don’t necessarily undermine confidence in an economy. In fact, recent research demonstrates that bond market confidence might even rise on the prospect of faster growth. Both consumer and business confidence would actually rise if policy turned to boosting the real economy. This can be mainly prosaic investments in roads, water systems, town beautification, community projects, etc. Remember, it’s about the short and medium terms and doesn’t have to be any visionary projects. It is actually alright to incur a deficit as a result of investment spending on health care, education and infrastructural development. After all, these are the seeds of growth. Unemployment programmes and social welfare are also critical for a short-term economic boost driven by increased consumption and spending. Put money in the hands of people in distress and there’s a good chance they will spend it, which is exactly what we need to see happen.

Move to medium-scale manufacturing
In the long-term, the way forward is clear. Our priority must be to get ourselves back on the path of inclusive and sustainable growth. Saint Lucia’s deep-seated structural problems are paralyzing consumption and investment, and change must come sooner rather than later. There has been too much investment in recent years in hotels and retail companies and too little in manufacturing industries, which has left the structure of the economy “distorted.” By now we should have already moved from small-scale to medium-scale manufacturing.

Monetary policy assistance
Furthermore, in the aggregate design and scheme of things, we cannot downplay the need for more competitiveness and facilitation in our financial marketplace. In order to ease the credit crunch affecting small businesses and prospective entrepreneurs, the Eastern Caribbean Central Bank (ECCB) needs to provide more monetary policy assistance to the OECS territories. Interest rates in Saint Lucia are simply too high for new business investments and private spending. Moreover, the regulatory forest must be pruned in order to eliminate superfluous bureaucracy and facilitate the conduct of private business in the country.

A new deal
I hold steadfastly to the view that Saint Lucia should move slower on fiscal consolidation to counteract the economic effects of structures and circumstances currently throttling growth in the country. Injecting more money into the heart of the economy and thereby improving the underlying economic conditions is an urgent priority. We need a certain Rooseveltian resolve based on a new deal. In other words, a willingness to be aggressive and experiment with economic policy – in short, to do whatever is necessary to get the country moving again.
For comments, write to Clementwulf@hotmail.com – Clement Wulf-Soulage is a Management Economist, Published Author and Former University Lecturer.