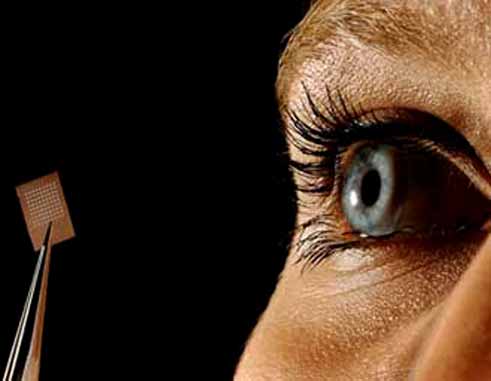 AS shocking as this statement may seem, its essence is bold and true. Let us face it. None of us hold the future in our hands. It is only God who knows what our tomorrows are. We may be involved in a vehicular accident and have our sight lost at that very moment. I apologize if I may have been too dramatic, but it is true. No one is ever fully prepared to embrace blindness. How do we treat the blind ones among us? Do we interact with them as though we’re immune to becoming blind? In this article I hope to give you a clear definition of blindness and how serious on a global scale it really is.

What is blindness?
Blindness is defined as the state of being sightless. A blind individual is unable to see. In a strict sense the word blindness denotes the condition of total blackness of vision with the inability of a person to distinguish darkness from bright light in either eye. The terms blind and blindness have been modified in our society to include a wide range of visual impairment. Blindness is frequently used today to describe severe visual decline in one or both eyes with maintenance of some residual vision.

Vision impairment, or low vision, means that even with eyeglasses, contact lenses, medicine or surgery, you don’t see well. Vision impairment can range from mild to severe.

In 2010, WHO released new global estimates of visual impairment
Using the most up to date studies, WHO estimates that the number of people with visual impairment (presenting vision) is 285 million (65% of whom are aged over 50 years). Of these, 246 million have low vision (63% over 50) and 39 million are estimated to be blind (82% over 50).

These estimates were based on 50 national and sub-national studies from 38 countries, published and unpublished, conducted since 2004 and on previous studies that were still representative; the majority of the 50 surveys were rapid assessments for the population 50 years and older. The top three causes of blindness in the 2010 estimate are cataract, glaucoma and age-related macular degeneration.

Cataract is clouding of the lens of the eye which impedes the passage of light. Although most cases of cataract are related to the ageing process, occasionally children can be born with the condition, or a cataract may develop after eye injuries, inflammation, and some other eye diseases. According to the latest assessment, age related cataract is responsible for 48% of world blindness, which represents about 18 million people. Although cataracts can be surgically removed, in many countries surgical services are inadequate, and cataract remains the leading cause of blindness.

Glaucoma can be regarded as a group of diseases that have as a common end point a characteristic optic neuropathy which is determined by both structural change and functional deficit. There are several types of glaucoma, however, the two most common are primary open angle glaucoma (POAG), having a slow and insidious onset and angle closure glaucoma (ACG), which is less common and tends to be more acute. The number of persons estimated to be blind as a result of primary glaucoma is 4.5 million, accounting for slightly more than twelve per cent of all global blindness.

Age-related macular degeneration (AMD) is a condition affecting people over the age of 50 and involves the loss of the person’s central field of vision. It occurs when the macular (or central) retina develops degenerative lesions. It is thought that circulatory insufficiency, with reduction in the blood flow to the macular area, also plays a part. Several forms of AMD exist. Globally, AMD ranks third as a cause of visual impairment with a blindness prevalence of 8.7%. It is the primary cause of visual impairment in industrialized countries.

Recent studies have confirmed the existence of a large burden of uncorrected refractive errors, although the interventions required are significantly cost effective, and have an important impact on economic development and quality of life. Severe refractive errors have been estimated to account for about 5 million blind people. According to the most recent data available to WHO, there are an estimated 124 million people in the world with low vision. About a fourth of these would benefit from low vision services

Childhood blindness refers to a group of diseases and conditions occurring in childhood or early adolescence, which, if left untreated, result in blindness or severe visual impairment that are likely to be untreatable later in life. The major causes of blindness in children vary widely from region to region, being largely determined by socioeconomic development, and the availability of primary health care and eye care services. In high-income countries, lesions of the optic nerve and higher visual pathways predominate as the cause of blindness, while corneal scarring from measles, vitamin A deficiency, the use of harmful traditional eye remedies, ophthalmianeonatorum, and rubella cataract are the major causes in low-income countries. Retinopathy of prematurity is an important cause in middle-income countries. Other significant causes in all countries are congenital abnormalities, such as cataract, glaucoma, and hereditary retinal dystrophies.

There are a variety of other diseases and disorders that can affect parts of the eye and cause blindness. Diabetic Retinopathy is an eye disease that results from the long term effects of diabetes. When the blood vessels in the retina are damaged, vision is impaired. If left untreated, diabetic retinopathy can lead to blindness. Approximately 40 to 45 percent of all Americans with diabetes exhibit some level of diabetic retinopathy.

St. Lucia statistically has shown to have one of the highest rates of diabetes worldwide.

Life is becoming so fast paced for many. Persons no longer have time to eat right or exercise, so that their eyes get the oxygen and nutrients needed. Very few make it a habit to have an annual full eye exam. Let us make it our personal responsibility to inform ourselves about family eye health history. We should inform family members about any eye condition that we may have that is highly hereditary and could be prejudicial to them. It is true that blindness could affect anyone at anytime, but there is something we can do to lower the numbers of avoidable blindness.