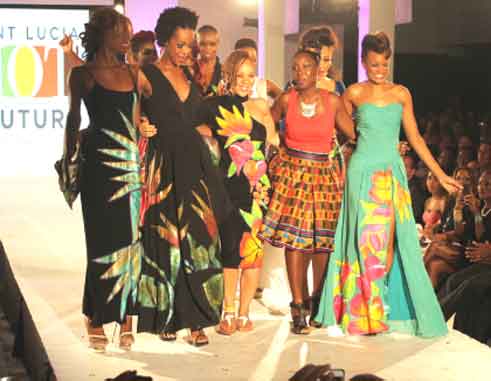 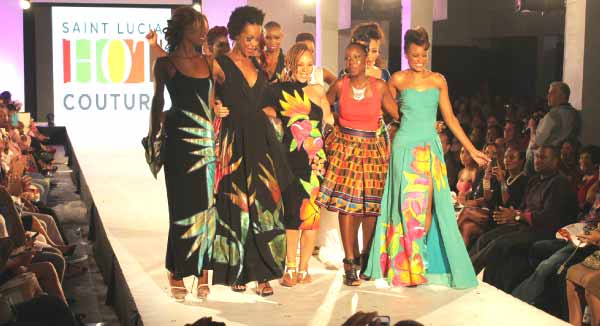 BACK with a stylish bang this year, Saint Lucia’s third edition of HOT Couture will once again prove why the event has already built a reputation around the region as the runway show with a difference. Again, Mae Wayne and Adrian Augier have come together and presented a vision and theme for this popular fashion spectacle at the Saint Lucia Jazz and Arts Festival.

Once again, the Johnsons Centre in Rodney Bay will be the venue for an avant-garde production the details of which are a well-kept secret. Already, activity behind the scenes has amped up with model castings held in the north and south of the island for the last week. So far, many of the cast members from 2014 have returned, citing HOT Couture as a pivotal moment in their budding careers on the catwalk.

SHE Caribbean publisher Wayne, former runway model Denise Lay and make-up artist Mike Celestin made up the panel of judges and were happy to see returning models as well as new talent taking part in the auditions.

Although the designer line-up for the show is under strict wraps for now, HOT Couture producer Wayne is excited that the third event will continue to exceed expectations, “The show is going to be a fabulous evening of the best local and regional fashions on the runway, and we have an amazing twist which will be revealed in due course,” says Wayne.

“HOT Couture has already gained a strong following in the region, and there are also international designers knocking on our door to get involved, so this year we plan to have a really eclectic mix of talent on stage. It’s also been great to see so many models at auditions who were trained by Richard Young last year. It means that the skills and experience we are giving them are being carried forward and not wasted.”

With initial rehearsals to be conducted by Denise Lay, Richard Young will return to Saint Lucia to oversee the final rehearsals in May, and speaking to some of the models who have come back for a second or third time on the HOT Couture runway, it’s obvious that the Trinidadian “Style Evangelist” made a deep impression during the many hours of training in 2014.

Not only will the show include secrets and surprises, but this year will feature a glamorous after-party on Rodney Bay’s floating entertainment venue The Pearl, with VIP packages available for the whole evening. The HOT Couture Trunk Show will take place at Bay Walk Mall on Thursday, May 9, where one-of-a-kind fashions will be on sale by many of the participating designers.

The final casting call for models takes place tomorrow at the Star in Gros Islet.

Look out for more news and details on Saint Lucia HOT Couture 2015 at www.stluciajazz.org– it’s going to rock!