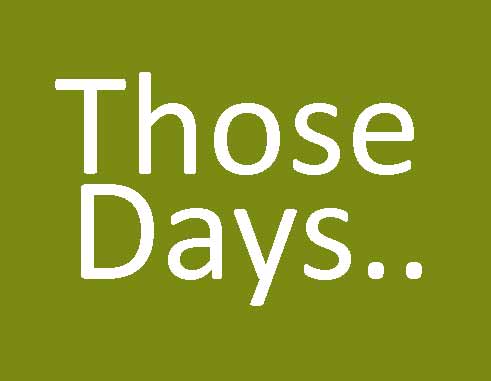 OH, for the days we live today. And those we celebrate!

I thought Tuesday April 28, 2015 was Throne Speech Day. It wasn’t meant to be a holiday, but in my world it’s that day I get to know what the Governor General tells us that the government plans for us for the next year — what laws it intends to introduce, how it plans to tackle the major problem issues and how it sees us swimming through today’s rough waters.

And, of course, it’s the day we all get to see what flair Her Excellency’s new flared-hat looks like… (She tops a brand new one every year and I often wonder how many she may have now after opening at least one (and sometimes two) new sessions each year since 1997… Not that our longest-serving Governor General in the Commonwealth Caribbean will ever get anywhere near the number of pairs of shoes in Imelda Marcos’ widely-spaced and heavily guarded shoe vault. But the curious guy in my guts tells me he would really like to have a brief look at our GG’s ceremonial hat stand before she decides (some day) to auction them for a good cause…

But back to the issue at hand, the Days we celebrate and observe…

I thought Tuesday was only Budget Day. But my WVENT fellow host, presenter, Angie ‘The Voice’ Montoute, let us know on her morning show that very same day, that April 28 is also celebrated worldwide for several other reasons — and is also given different ‘names’ for different causes.

Two of the long list of commemorative ‘days’ Angie listed for April 28 that stuck with me were ‘International Biological Clock Day’ and ‘International Kiss Your Partner Day’ – in that order.

On Tuesday’s edition of my own ‘earl@large’ daily weekday bilingual talk show on WVENT, I confessed I had an initial difficulty figuring out what was a ‘Biological Clock’ and why it should be celebrated worldwide – until Angie started hinting (without pointing).

Even though, I still asked myself: ‘So, what’s there to celebrate about that?’ Until I remembered that most men here (and elsewhere, I suspect) still regard that aspect of a woman’s monthly biological cycle a curse from God for Eve encouraging Adam to eat her apple.

I’m not sure how easy it will be (if at all) to get the regular Saint Lucian man to see, understand or agree that there’s any reason to celebrate, far less to observe or accept, that anything positive can come from the regular woman’s constantly ticking biological clock when that proverbial midnight hour strikes.

I have many learned friends of stature who balk when I tell them “I buy pads regularly for my wife” or that “I take my time to choose, feel and stretch” panties I want to buy for her at any lingerie store, here or abroad.

I have another well-to-do friend who ordered “an entire box” of panties “at wholesale price” for his wife, “rather than people seeing me touching dat.” I asked him whether he doesn’t touch them, pull them off and he replied, “That is an entirely different and totally private matter.”

Now tell me, how do we get any of these guys to understand, or even consider, the relevance and importance of the constant and ceaseless timely ticking of the biological clock to the very life of a woman – including his wife and woman, mother and sister, daughter and granddaughter?

I think we have a long road to travel and a steep hill to climb on this one, because most men here (in my estimation) still regard a woman’s menstruation cycle as something he just wishes never was.

As for International Kiss Your Partner Day, I approve of that one 200 percent, even though I don’t think a mere smack, a smooch or a peck on the cheek is anything near or like the real thing.

I’ve long been thinking of offering a prize for the local couple who can remain locked in the longest kiss. But there are a few stumbling blocks: First, I won’t have the time to judge; and these days a ‘couple’ can be defined as two men, two women, a man and a woman, or any combination of all the above. (Sandals found that out the other day when the hotel that sells rooms by the theme “All you need is love” was taken to court for refusing to accept a ‘same-sex’ couple at one of its Caribbean hotels.)

I’ve always held that kissing is still that other best wordless expression of emotional affinity than whichever other one chooses. Just one kiss can open a world of wonders – or (eventually) a can of worms.

But then, someone out there is out to make us think twice about our next real, deep kiss.

As if timed to coincide with World Kissing Day, some presenter with a dry pecker read a news item on a local radio station (the day before Kissing Day) about how a scientist somewhere claimed his research had found that a ‘tongue-in-mouth’ kiss can be dangerous to the health of one or both of the kissers, depending on the state of the gums of one or both, or the extent to which any may be a victim of certain diseases associated with bad oral hygiene.

I told my fisherman friend I wondered whether that particular scientist “had nothing better to do with his time…” He replied, “He eh lie, though. That’s why I always have my toothbrush!”

See what I mean?