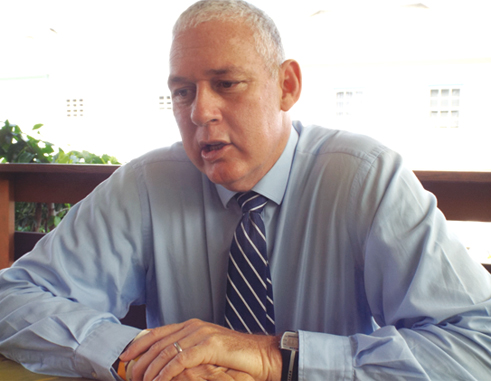 THE EDITOR:
I have hitched my entire political life on one principle, mainly: that everyone should know where I stand on the issues no matter how difficult or threatening the path that leads to truth. For those in doubt I intend to raise my voice next elections at selected public platforms of my choosing. No election contest for this soldier, but I will make my voice heard loud and clear. I am ten years younger than John Compton was in 2006. ‘Only the truth shall set us free’ means more to me than mere words, spoken glibly by unthinking novices. I have made it clear that I support without reservation Allen Chastanet, as political leader of the United Workers Party, (UWP). Maddening bit players hungry in the abundance of food and water, be dammed.

Allen has done something for the UWP which had not been previously done. He brought a wide cross-section of the rank and file of the party together for several weekends and with Professor Bart of Canada defined a new Vision, Mission and Core values for the UWP. The first of these core values is HONESTY. In a survey which I carried out in Vieux-Fort many years ago amongst young people, I discovered then that honesty was the most cherished value amongst them back then. I was therefore not surprised when UWP members who had gathered with Professor Bart in seminar and training, pin-pointed honesty as a core value for the UWP to promote and uphold.

It is interesting that persons who now snap at Allen’s heels are those whose past political associations have found them to be less than honest. What Allen has done is to set up a proper party organization, including a process and structured way of doing things. Questionable characters who are used to having things their way and who take bold facedly that which does not belong to them, must have difficulty with Allen Chastanet’s leadership style. He will not allow anyone to steal from him or the party and criticisms do him no harm. Those who oppose Allen wish to return to the old days when they ran rings around the party leadership. The best aspect of Allen’s confidence is demonstrated by his refusal to reply to the little pin pricks from his own party. These undoubtedly are agents of you know who.

In fact, I have a theory that SLP’s Machiavellian hands are not far from those lost and disgruntled pin pickers, lost souls seeking to put their hands on the money purse of the UWP. Allen Chastanet and his new executive are too smart to allow that to happen. Besides, he knows firsthand what harm greed can create in public life. The UWP under Allen will not be used again as was the case after the demise of Sir John Compton. My advice to Allen is to continue his search for the best persons who fit the party’s vision, mission and values and to be prepared to contest the next general elections in September with twenty-one candidates, depending on the Court’s decision in the boundaries issue.