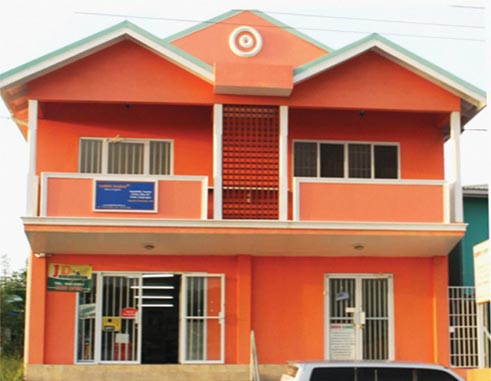 Wants To Get $ Back

ONE of the students now stranded here as a result of the Lambirds Academy fallout says the government needs to do more to address the plight he and other students now face.

Mitul (who asked that his real name not be used so as to save relatives at home embarrassment) told The VOICE that he hopes to continue his education and return to his homeland, Nepal. However, he said he is not prepared to leave here without at least part of the money he paid to Lambirds Academy for tuition fees.

“By returning home without that, my father and mother would not have the money they need to repay and I have no job and wouldn’t get one overnight,” Mitul told The VOICE. “So until I get my money, I’m going to stick in Saint Lucia because I have a legal visa for one year. I’m going to stay here.”

The 22-year-old said he left Nepal on December 31 last year, arriving in Saint Lucia a day later. He said he was received at Hewanorra International Airport by a female representative from Lambirds Academy and after leaving Vieux Fort, was brought to Gros Islet and “kept in a guest house that was really expensive.”

“The charge for lodging there – excluding food – was EC$80 per person for the night which I paid. I was later shifted to a place near the Rodney Bay Marina. So I’ve been in that apartment for the past two months. I’ve paid rent for three months already. Six of us are staying there and we’re paying US$1000 for the fully-furnished place,” Mitul explained.

Mitul said he came here to study Level 7 Diploma in Hospitality and Tourism Management. For the two months he was at school, he was a dedicated student, never being absent although he had minor health issues.

“I was actually one of the best students from my teacher’s class because I always did my assignments on time,” Mitul said. “I’ve been to different resorts around the island to do my projects and assignments. Unfortunately, the college seems to be fake and was closed down.”

After his exams in Nepal were over last year, Mitul said he was awaiting the results. One day, he met a friend who, along with his wife, was applying to Saint Lucia. He said the friend asked him about his future plans and later encouraged Mitul to travel with them to Saint Lucia “since it was much cheaper and known as North America.” He said he was hesitant at first but the offer seemed too tempting to resist.

“Within two hours, I changed my mind, went home and discussed it with my dad. He told me if I wanted to do my Master’s, that he would send me here,” Mitul said.

Mitul said he went to a place called the Progressive Learning Centre (PLC) the following day where he met and gave his documents and qualification certificates to a representative there. After seeing them, the representative told him there was nothing preventing him from going to Saint Lucia, “assuring me I would definitely get a visa.”

“I was so surprised that within five to six hours afterwards, I got an offer letter from the college,” Miyul told The VOICE. “I had some doubt there but he said I was being kept in a top list and my certificates were some of the best among the students whose certificates he had seen at Lambirds Academy. I thought it was okay, so I paid my US$1000 – half of which was to be for visa processing.”

He continued: “Slowly and gradually, I started asking about pictures of the college but he never showed any to me. After I received the visa waiver, he sent me to clear up the tuition fees for one year – that’s US$7,640. I paid it. One of the saddest stories is that my father didn’t have the money I needed it for the tuition fees. So he mortgaged the house I’d been living in and from the bank he took out around US$16,000.”

After he had paid one year’s tuition fees, Mitul said the agent from where he was applying called him one day and showed him pictures of the college where he would be studying. He said he was surprised and annoyed at the time because the college to which he was going to study seemed smaller than the house he lived in back in Nepal.

“So I asked the agent how could I possibly study there. He told me not to judge the book by the cover but to instead see the quality (of education) it provides. He told me that it was a London Board OTHM and that after two years I would (be qualified) and moving towards the USA, Canada, Australia and New Zealand. I said okay because at the end of the day I just wanted my certificates. Whether I was studying at a big or small college, I was going to Saint Lucia. So I came here,” Mitul said.

Mitul said he paid US$2200 for his plane ticket to Saint Lucia. However, he said total expenses thus far amount to between US$13,000 and US$14,000. He said he was also expected to pay another US$3500 for the second part of his 18-month tuition here. Had he acted on the doubts he had back in Nepal, Mitul said, he would not be part of the present debacle.

“Interestingly, before coming to Saint Lucia, I emailed to the OTHM Board in London (asking) whether Lambirds Academy that was providing Level 7 OTHM courses in Saint Lucia was legal. Surprisingly, the London Board emailed me and said that Lambirds Academy in Saint Lucia was authorized to provide OTHM courses, so I could join it without any hesitation. So, to my confidence and positive energies, it wasn’t a matter of whether the college was big or small but where it operated legally,” the Nepalese student said.

Mitul said he went to school around 9:15 am that fateful Friday and saw police officers standing outside Lambirds Academy. He also saw his teacher and others in the vans and asked a police officer what was going on. He was told that the college was closed for a few days and that Dr. Shams was being investigated and there was nothing to worry about. Gradually, as the news came out, he said “it was a huge thing to worry about because the college where we had invested our money in was going to be closed down forever.” That was when the embarrassment set in, he said.

Mitul said that since Nepal is a conservative society, he has not shared his predicament with other relatives for fear of derision being levelled at him and his parents. Nevertheless, he said, the pain has hit home.

“My father and mother are really broken now,” Mitul lamented. “They gave all the money they had to send me here to make my future – so that I can educate and qualify myself. But now the college is closed and we don’t have any money.”

So far, the landlady has been very understanding of the plight being faced by him and the other five students staying at the Gros Islet apartment, Mitul said. Other students are staying in Gros Islet while some are at the Pastoral Centre at Bois d’Orange.

Following the February 27 raid by police at six locations in the north, 60 Indian and Nepalese nationals, many of them students, were identified. The raid was conducted after a group of students made a formal complaint to police. Four men have since been charged for human trafficking. They are Iftekhar Ahmed Shams, Koushal Kumar BatukbhaiChadasama, Ashwin Kanji Patel and Gurjeet Singh Vilkhu. Shams was later charged for money laundering.

Mitul said he remains confused about the human trafficking charge brought against the four men, saying that “would mean bringing us here against our will and forcing us to commit crimes.”

So far, contacting parents for remittances to keep going has been the norm, Mitul said. A local non-governmental organization is also providing the students with meals. He describes Saint Lucians as “really good, understanding and helpful” and the island as “beautiful”. Nevertheless, getting an education and returning to Nepal remain top priorities. He said $706,000 Shams allegedly laundered should be used either to continue educating the students or pay their passage home.

“I’m pleading with the Saint Lucian government to help me get my money and send me back to my country so that I can study and complete my Master’s. I really want to study,” Mitul said.