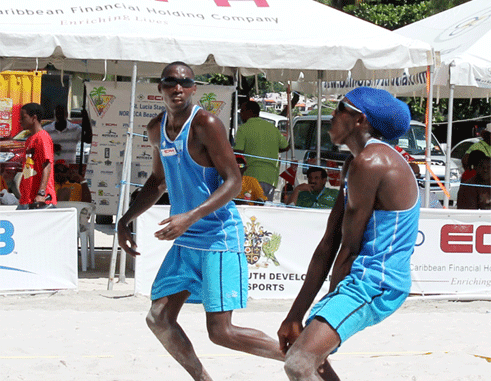 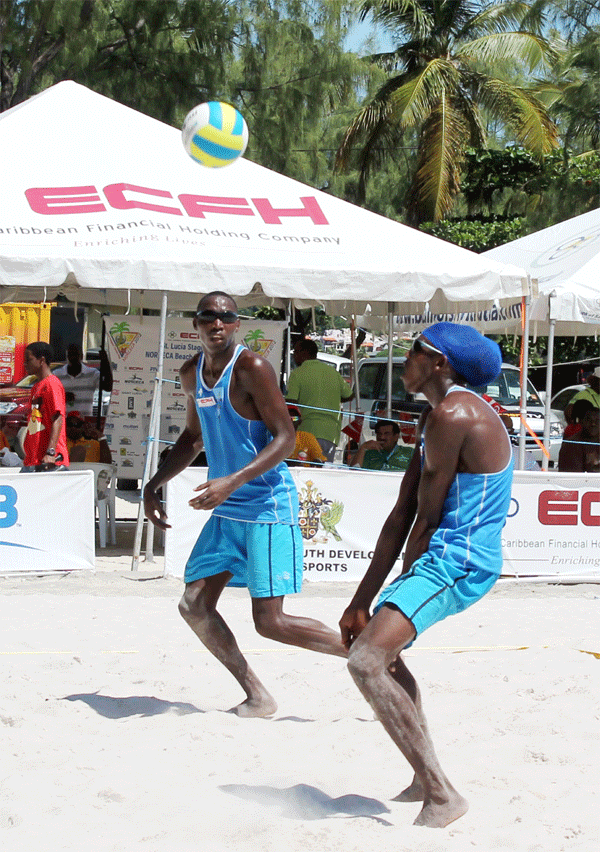 THE Sport of Volleyball continues to quietly break new ground and establish new Benchmarks for itself and other team sports on the island. The Senior Men’s National Beach Volleyball team has qualified for the Pan American Games in Toronto, Canada.

Last year saw St. Lucia playing in a minimal number of NORCECA Tour Events. The efforts of Joseph Clercent and Julian Biscette in 2012 and 2013 were significant enough to ensure that they qualified for this prestigious event.

Beach volleyball was St. Lucia’s first team sport to qualify for an International Multi-Sport Games. In 2010, St. Lucia qualified for the CAC Games in Beach Volleyball in Mayaguez, Puerto Rico, but missed out on the Pan American Games in 2011. This time around not only did St. Lucia qualify for the CAC Games in 2014, but the Men’s Team placed sixth. Now in 2015 the men have qualified for the Pan American Games.

Currently, Joe and Julian are playing professional volleyball in the Greece first division for Club Ment, where they are both getting quite a bit of playing time, with Julian who started months before Joe gaining a spot on the 2014 Greece All Star Team. Currently he is one of the highest ranked No.2 attackers and blockers in the League.

The Greek Pro Season ends at the end of May and the Association is attempting to design and agree on the best plan for preparing the team during the month of June. The players and Association are considering trying to get funding so they can stay and train in Europe, or as an alternative organize a training stint in Brazil for them through Coach Café of Brazil who has been primarily responsible for them blossoming into their current high level player status.

SLVA, meanwhile, is busy preparing its locally and regionally based players for the upcoming 2016 Olympic Qualification Process for Beach Volleyball. The Continental Cup. The first round is scheduled for April 2015 in Antigua where they will need to finish at least in the top four to move on to round two.

Hopefully when round two comes along Joe and Julian will be back to bolster the ale Teams. Yet the Association feels proud of the development taking place among the available players with the likes of JamillaLansiquot, Dania Hamilton, Kerin Neptune, Dala noel, Sky Mondesir, and Lisa Casimir all strong and outstanding players to be selected from. While on the Male side, Augustin Faulkner and Cohen Caesar have made a major claim for selection, with Darnel Eudoxie, Sheldon Descartes, Anfernee Ferdinand and Tevin St. Jean all having a genuine claim for selection.

SLVA plans to host at least one more major tournament to guide the technical committee on their final selection decision.