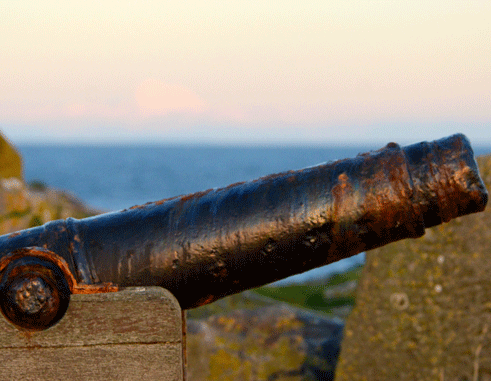 The project is being carried out under the supervision of Mr. Godfrey Weir, a civil engineer, seconded to SLNT as a volunteer from People and Places.

The SLNT said the objective of this stage of the initiative is to excavate the four rifle cannons which have lain fallow for over 100 years since the Battery was disbanded in 1905. The cannons will be positioned on the concrete redoubts using a 50 ton crane. Each cannon is 4 metres in length and weighs 12 tons. They were brought to the Apostles Battery in the latter half of the 19th Century during the reign of Queen Victoria.

The restoration project will be undertaken tomorrow. The Morne Battery is situated above the eastern side of Morne Road at the north side of its junction with Henry Dulieu Road.