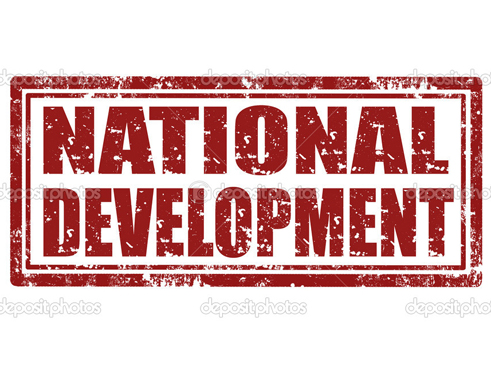 DEVELOPMENT, Freedom and Independence. Saint Lucia seems have to all three of those fundamental pillars down pat, with “seems” being the operative word. Each aspect is implicitly constitutive and instrumental to the other, in an interdependent mode. To shed some light on the triplet of Development, Freedom and Development in the local context we can refer to “Development as Freedom” a popular summary of economist AmartyaSen’s work on development. In it he explores the relationship between freedom and development, the ways in which freedom is both a basic constituent of development in itself and an enabling factor in several aspects.

In regard to the impact of political independence on our development, it must be pointed out, that there is an ongoing debate surrounding the meaning of independence, (is it political symbolism or lip service)? No one singular response on this matter seems to pacify all. It is better to satisfy ourselves with what is constitutionally our status for thirty–six years now. The idea that an independent country is neither influenced or controlled by others in its administrative matters, nor is subject to another’s authority or jurisdiction is still up in the air, and will continue to be so for a while. Resource poor and developing countries often endure interference which brings into question their own sense of sovereignty.

The areas of development where a serious level of concern should be brought to bear are on human development which is: people-centred development, where the focus is put on the improvement of the various dimensions affecting the well-being of individuals and their relationships with the society in key sectors of which must include health, education, entitlements, capabilities, empowerment etc. The other is on sustainable development: development which considers the long term perspectives of the socio-economic system, to ensure that improvements occurring in the short term will not be detrimental to the future status or development potential of the system, i.e. development will be “sustainable” on environmental, social, financial and other grounds.

Despite impressive strides in higher education attainment, these two areas –human development and sustainable development – are running along two parallel lines that do not meet on the common ground of ownership by the people. If this gap is not closed in many ways we shall labour in vain as a developing nation.

This gap that we refer to is the “Bagaigouvedman” gap which has successfully cut in and disturbed the favourable flow of the currents of our development.

So we have development but the development is orphaned by the people. The government is given to be the caretakers. We know this ideology all too well but we have not done anything meaningful to counter it or to rid ourselves of this burdensome malady. The “Bagaigouvedman” state of mind where there is a distance between development and the people taking ownership is catastrophic and must be dismantled. Even if the work begins at the kindergarten level or primary school level to ensure that other generations are no longer brainwashed by this retarding culture.

Ownership by the people is the bonding glue which is at a low point in our development. It does exist in some small way but sadly it is not a nationalistic sensation or wave.

For many citizens development is an abstract concept. They are detached and have no personal awareness that development impacts directly on their lives. For others development falls within the portfolio of government. Even our educated citizens and “big salary” professionals will quickly distance themselves as actors in development. It is glaring at the community level. Case in point: a shortage of people to undertake community work and volunteerism.

One hears the lamenting that it seems to be the same faces in associations and organizations. Why is that so? Who is taking ownership of the public good? If there is a widening gap between the people and development, an abuse of freedoms and a disregard for the essential opportunities no avail to us because of Independence we will continue to input which does not compliment the expected output, resulting in a serious incongruence in the system. The consequences are already obvious. For example there is universal secondary education yet students are leaving school semi-literate and unemployable. We increasingly have children dropping out of secondary schools between forms three and five.

We construct costly public facilities however persons come around and vandalize, litter, smoke and urinate nearby. Our society constitutes a celebration of the ghetto culture wherein much youthful potential and intelligence have sadly gone to waste. There is more access to information but persons are becoming progressively disconnected from core values such as courtesy and kindness, respect for authority is rapidly dwindling, to name a few troubling realities which impede our human resource at its core of human and sustainable development. As it stands an entire supermarket of issues arise from this national disability that hinders us from taking ownership of our Development, Freedom and Independence.