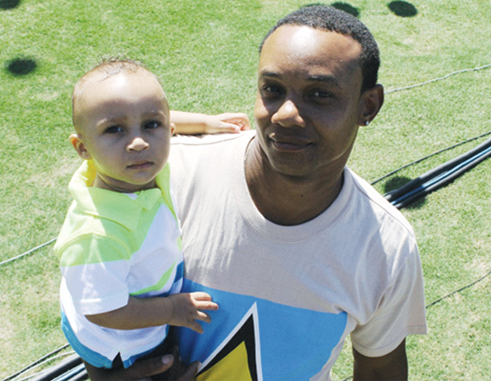 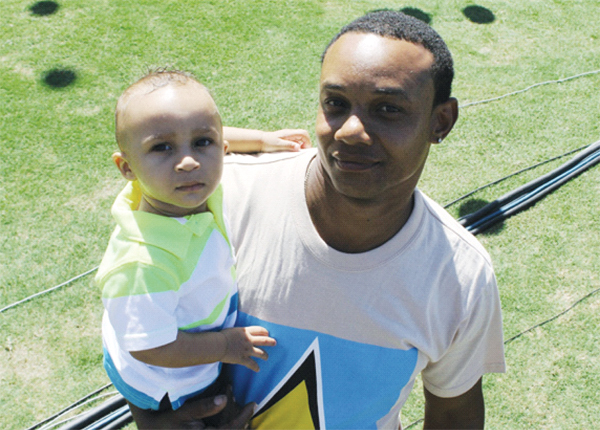 THIS Sunday will mark the 36th year since the training wheels came off of Saint Lucia’s tricycle. It hasn’t been an easy ride ever since and the island has had quite its share of embarrassment riding seat-less for many years. Natural disasters, political rancour, sluggish economic growth, crime and poverty have all contributed to dimming that daring journey the island set out on 36 years ago.

Despite all the aforementioned challenges, there have been many bright spots in our nation’s colourful – and I mean blue, gold, black and white here – post-Independence history. There were the glorious and shiny years of green gold, infrastructural development, transformation of the education system from shift system to universal secondary education, liberalization of the telecommunications sector, improvement in the tourism product, to name a few. We even captured the attention of the world when Sir Arthur Lewis and Derek Walcott won their Nobel Prizes. Even Darren Sammy and Levern Spencer continue to shine for us.

Hardly a day goes by that we are not bombarded by the negatives that are crippling this country without balancing it with the positives that can heal it. That’s just my observation, so I’m liable to correction, anyway. It seems as if someone told someone else to look down the barrel of doom and gloom where Saint Lucia supposedly resides, prompting that kind of thinking to be passed on to others. Soon enough, that rumour got around to too many people, resulting in it becoming a truth. For the record, that’s just not the case.

I first came to this island just four months before Saint Lucia celebrated her 13th anniversary of Independence. While she was still relatively new to me at the time, I nevertheless appreciated the inimitable beauty I saw in her then as I do now. Over the course of our twenty-odd-year relationship, I got to see Fair Helen’s transition to teenager and now adulthood. Like my own childhood, she, too, experienced the struggles a child has to endure having been separated from its parents. Like me, however, we both managed to strive regardless of the challenges.

To say that Helen is exactly at the juncture where she should be would be foolhardy of me. If you asked me, Helen should still be the envy of the OECS, still have a green thumb for agriculture and be producing much of the products that account for her high food import bill. She should not be shedding tears every other day or so because her daughters are being raped and her sons shot and stabbed. She should not be seen begging politicians to do right by her even as they swear on Bibles to defend her honour and patrimony. Nor should she have to find herself lifting her skirts too high to attract foreign aid and foreign direct investment. Panhandling should definitely not be the easiest form of employment.

But, to be fair as Helen is, there are bright spots on her skin that I’m palpably proud about. I admire the fact that she does try on many levels to show the world that she can still produce a friendly smile and comfortable room of rest to even strangers. I admire the fact that she still remains a place where hard work, determination and a willingness to learn can make dreams come true. What I love, too, is the fact that even if some people split her into 21 pieces, everything inch of earth within her silky smooth coastal silhouette remains blessed. At least for now…

Over the past few years, I’ve noticed that organizers of our Independence Day celebrations seem to be begging louder and more protracted for Saint Lucians to express their nationalism during Independence. Apparently, “Proud To Be Saint Lucian”, “758 To The World”, “Team Green Fig and Saltfish” and ‘Damn Proud Lucian” have somehow lost their lustre these days. These days, people’s patriotism seems to hinge on whether employment, groceries, utility bills and cell phone data plans are on the up and up. Were it not for the schools and activities organized by the National Independence Coordinating Committee (NICC), Independence celebrations might have not, well, scored. Even the corporate sector seems not too impressed about sprucing up shop.

Not that taking part in celebrations is the cure-all for expressing national pride. Evidently, some of us certainly feel some sense of pride when we urinate near bus stands and schools, dump garbage indiscriminately, and chase customers off our minibuses when they stand up for their rights. Some of us even go into the Honourable House and act dishonourably and lie through our teeth about government spending. However, the pride I would like to see my fellow Saint Lucians expressing is one that makes us feel that we can be better than our current circumstance if only we embraced a change to do things better. There must be some pride in that.

I’m tempted to urge Saint Lucians at this time to be part of the Independence activities scheduled for the rest of the week. I’m tempted to say that as our nation ages we all need to grow up to keep apace. I’m also tempted to say that this Independence might well be the one when – like Helen – we all pause to reflect on how our personal journeys have been thus far. Despite the challenges we would have faced, there must be some redeeming qualities that call for feeling a sense of pride and achievement. If you can look back over the course of your life and find something positive, meaningful and impactful that you’re proud about, then why not share that with your fellow Saint Lucians? Essentially, that’s what Helen is doing as we speak.