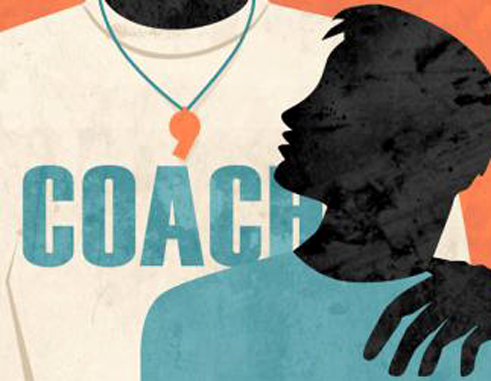 A WHILE back, I Sounded Off about teachers who needed to beware of social media namely Facebook, and asking them to be more careful with what they posted for the world to see, especially their students.

It wasn’t until a former teacher of mine gave me some positive criticism and feedback that I realised that I had failed to mention two major points that are indeed important to point out.

Whilst my last piece was inspired by a female teacher who posted some borderline explicit photos online, I now realise that I focused too much on the one point, or should I say concern, where I asked female teachers to take into consideration that people as young as three years old can now easily find their way around a computer device, and therefore, they should try to avoid posting such photos to prevent them from landing on the desktops, phone screens and tablets of their students.

What I now realise, is that I left out the flipping of the script on the students in turn especially the hormone ravaged males.

As unfortunate as it may be for a teacher’s personal photographs to land in the hands of her students, it is vital that these same students learn to respect their teacher and see her as not only a person of authority but as a woman and not a sex object.

The excessive usage of technology has somewhat taken…adults off track when it comes to teaching the young ones about the importance of the body and respect for it, and I say adults, because I refer to everyone including parents, teachers, grandparents, aunts, uncles, etc.

I know that trying to prevent a teenager from ogling a “sexy” photo of their teacher would be like trying to pull a fresh steak from the jaws of a pit-bull but at the same time, they need to learn boundaries and know to respect them. So let’s say a 12 year old boy did come across a photo of his hot young female teacher in a swimsuit, the adults in this boy’s life…all of them should have taught him enough to know that he is crossing a line by sending the photo to friends, showing it around or to poke fun at the said teacher.

It is vital to instil responsibility in our boys from a very young age so that they can learn self-control. Whilst one could argue that it is not fair to flaunt female bodies in the faces of these young men because it is like waving a red flag in the face of a bull, it all boils down to the same situation where a man has no right to sexually violate or rape a scantily clad woman…self-control people, teach it to them at a young age so that they don’t grow up to be “Mr. Grabby”

With that said, I would like to bring up the other point that I left out…male teachers who abuse their authority to take advantage, sexually, of their students.

Now, this one is age old and even I was subjected to this kind of sick paedophilic behaviour when one of my teachers drove past my house one evening and saw me sitting in my balcony innocently and had the Nerve to get out of his vehicle, climb up my stairs with his drunk self ask proceeded to ask me a number of questions like: “Are you alone?”, “Do you sleep alone?” and wait for it… “Do you want me to keep you company tonight?” It was then that my older cousin came outside and yanked me into the house and locked the door.

The crazy thing is, this happens so often that it’s mind boggling as to why. And even worse is that most times, the bastards get away with it…just like my teacher, who only got told off.

And now this same social media has left students who post any and everything about themselves for the world to see like fish in a barrel for these predators.

Now mind you, I’m not male bashing because I KNOW that there are female teachers who indulge in relationships with students but it is far more rampant with male teacher. Nonetheless, all who partake in such, this one is for you.

Now I have been paying close attention to the petition going around from a non-profit organisation based in New Jersey called Zandoli which is demanding that the identities of child sex offenders be made public.

Imagine if that happened. I can tell you, as a mother of a young girl and baby boy, hmmmm, that’s all I will say.

I wonder how many teachers I would spot on that list. Then again, like I mentioned earlier on, a lot of the perpetrators get away scot free and even get to keep their jobs where they are free to do as they please with other people’s children.

Some schools also have a habit of keeping such matters hush hush so that the name of their precious school will remain untarnished. In other words, to hell with the children and their wellbeing, it’s our school’s name that matters.

There are many people who oppose Zandoli’s plight, including the government Minister with the power to evoke such a movement, saying that St. Lucia is too small a society to take such a step and that it wouldn’t be fair to expose the persons who have served their full prison time and are simply trying to reintegrate into society.

(Clears Throat) WHAT ABOUT THE VICTIMS AND POSSIBLE FUTURE VICTIMS? Don’t they have rights too? Shouldn’t they be wary of who their next door neighbour might be? Or their boyfriend/girlfriend, relative, bus driver, co-worker…TEACHER?

This whole issue of teachers who molest students, I know is a mega can of worms but it is only a matter of time before the little critters grow too big for the can and break free. Whilst technology has the power to dumb down and get people to stray off their paths, it also has the power to enlighten, empower and strengthen so like I said, it is only a matter of time before a teacher tries to “chat up” the wrong student who will have none of it and put his/her tail on blast with evidence.

When that day comes, I can only hope that I’m still around to be part of the big exposé.