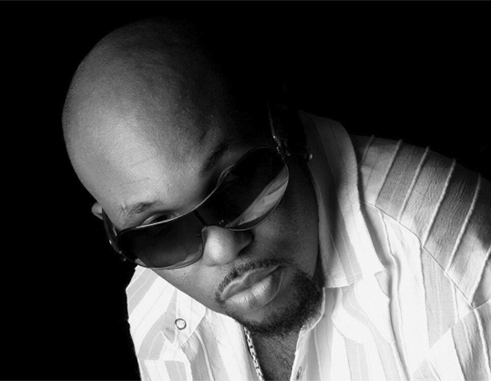 AS a serious music lover with soft rock being my favourite genre, I thought that St. Lucia struck lyrical gold when I heard the local song “How It Feels To Be Lonely”.

Thesongwassungbybaby/velvetvoicedDemusStephen. The 35 year old, originally from Bexon who now resides in L’anse Road, captured the hearts of many with the hit which landed him on the Jazz Stage in 2011.

My “Face In The Crowd” is an easy going andjovialfamily oriented andGodloving man who loves a challenge, and cooking evenmore. After striking up a friendship with the cool cat, it is easy to see that he enjoys a good laugh andisgenuinely easy to talk to. Even after all his success, Demus maintains that he is loyal and proud to be from St.Luciaandthathisfavourite dish is still green fig and saltfish with four slices of avocado.

TheVOICE: Where did you passion for music come from?

Demus: I don’t really know. For as far back as I can rememberand I just loved listening to and singing along with the radio. The 80’s had the music that just stuck in my head

TheVOICE: How long have you been singing professionally and how did you get started?

Demus: I got started at school… Mrs. Elliot was my first music teacher at Carmen Rene but it wasn’t till Form 2 at Corinth thanks to Mrs. FeliciteAugustinMaraj that this thing really took off. My friends and I became part of the choir. Back then … guys being singers were not looked at as cool…It was kind of a girly thing to be in the choir but Corinth Secondary started winning competitions…even taking down the mighty St.Joseph’s Convent at the time. On the suggestion of Mr. Bailey, music school director at the time, after a competition at the Cultural Centre, (we were just fooling around imitating… Boyz 2 Men) I started the Group Us4 with Nathan Leon, Dayne Williams, Dylan Simon and myself. We became very popular

TheVOICE: On to my JAM, “How It Feels To Be Lonely”…talk me through this gem of a song, where/what/who inspired it?

Demus: I had just returned home from a cruise ship contract when my brother KaylonLovence wanted me to come try this song that he had written with Christopher Hunte. We recorded at Heights Production…mind you I still don’t like hearing myselfsing, and the song was released just to create some hype for the show “Tempest”. I wasn’t ready for that kind of response. I was no soft rock singer. People said the way it was sungthere was too much vibrato; they should have given the song to someone else…One particular person who will stay unmentioned, said it wouldn’t go anywhere because my voice was totally wrong for the song, but Saint Lucians loved it.

TheVOICE: How many doors did that song open up for you?

Demus: Well, not sure of doors being opened but it made a few people takenotice. We were not all calypso, soca, reggae…we could do any genre and do it well.However, performing the song live with the band T.E.M (TotalEarth Movement) at the 2011 Jazz Festival was the glory moment. The song was great and all but as far as being a “big hit “…I wasn’t richer or poorer because of it.

TheVOICE: With that said, do you think that St. Lucianmusicians are valued enough or get the kudos that are due to them? Because one can easily say that by all means, that song should have been your big break and stepping stone towards major stardom

Demus: Recently, we had that big discussion on social media. Musicians are not respected. You’re only important when your services are needed; after that we become a past time or hobby. There is a huge music tourism market out there. Saint Lucia would be ideal to host but we need people who are aware of what’s going on out there and can bring these markets to our doorstep. Personally I’ve never wanted to be famous. For me I just want to live comfortably, be respected in my field, have my house on the hill so I can see the sunset over the ocean and marry the woman I love, take a vacation when we want and I’m good. I love my freedom…Stardom comes at a very high price.

TheVOICE: You mentioned the word love so you know I had to bring up relationships. I’m pretty sure that your singing has brought you immense popularity with the ladies but is there one in particular who has your heart?

TheVOICE: Currently what do you do where the singing is concerned?

Demus: I’m a vocalist for hire. I work on the ships and hotels mainly. Currently I’m with the band called “Changez”. We just got off the Cunard line Queen Elizabeth

TheVOICE: How long will you be here for?

Demus: I think until the end of April – May

TheVOICE: What changes do you think should happen in the local music industry for St. Lucian artistes to have a better shot at success in their music careers?

Demus: First of all we need to have a music industry. After we’ve established an industry that adds to our GDP then we can talk. Until then we’re still in a “trying a ting stage”

TheVOICE: Where do you see yourself in 10 years?

Demus: Married and making it possible for Saint Lucia to have an industry called music in any way I can