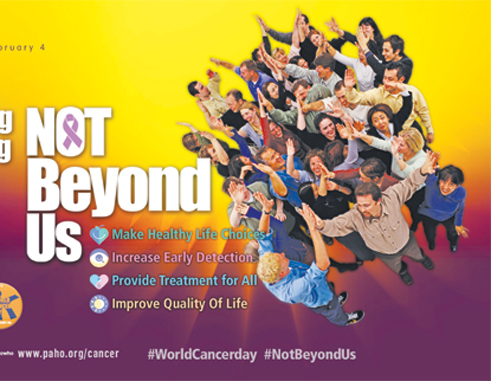 Prevention, Control Are Not Beyond Us 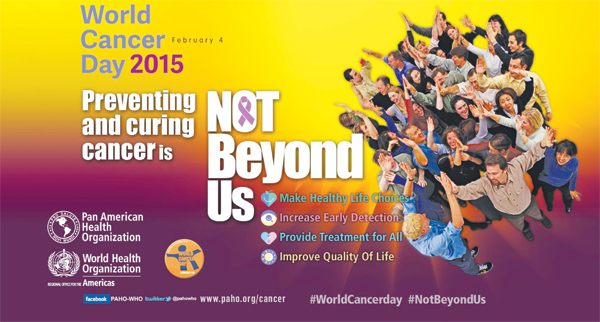 PORT OF SPAIN, Trinidad and Tobago–. In the Caribbean cancers are the second leading cause of death. Nearly one half of cancers are preventable or treatable if detected early.

Among females, breast cancer is the main cause of death, followed by cervical cancer. Prostate cancer is ranked as the leading cause of cancer death among males, with lung cancer being the second main cause of cancer death. Lung cancer also contributes to a high number of deaths among women. Colon cancer is the fifth leading cause of death in the region, with an almost equal number of deaths among males and females. Cervical cancer is one of the most preventable, yet it claims the lives of approximately 2,500 women.

CARPHA Executive Director Dr. James Hospedales has said that, “there are common modifiable risk factors that contribute to the development of cancers. These include tobacco use, unhealthy diets, physical inactivity and harmful use of alcohol.”

CARPHA has been supporting member states in identifying the risk factors for chronic diseases (including cancer) in the population. Results from such surveys have shown high levels of tobacco use in some countries especially among males; low levels of physical activity, overwhelming levels of overweight and obesity; high levels of harmful use of alcohol particularly among men; and extremely low levels of intake of fruits and vegetable (unhealthy diets).

The theme for World Cancer Day 2015 observed yesterday was “Not Beyond Us”. Countries are being urged to employ proactive approaches to fight against cancer with a strong message which stresses that solutions do exist and are within our reach to reduce the disease burden and cost impact.

In this regard, countries are encouraged to implement and enforce proven policies and interventions which will impact on the reduction of the development of chronic diseases and their risk factors in the population. Cost effective screening policies for cervical cancer, breast cancer and cancer of the colon are also recommended. Vaccines for Human Papillomavirus (HPV) and Hepatitis B are important strategies to prevent cervical cancer and liver cancer, respectively.

For those persons already affected by cancer, there is need to work towards improving patient management and providing access to medications which will improve the quality of life for cancer patients.

CARPHA will continue to support and guide countries in the identification of suitable interventions for impacting behaviour change in the population, thereby reducing the risks for cancer. CARPHA is also actively working with partners regionally and internationally including non-governmental organizations to reduce risk factors and chronic diseases in the region. In addition, CARPHA is collaborating with institutions and agencies within the Caribbean Community (CARICOM) region to impact trade agreements and influence the availability and access to healthy foods.

Crucially, to improve cancer prevention and control, requires strengthening of information data about cancer, particularly cancer registries. In this regard, CARPHA is working with the National Cancer Institute (NCI), the

International Agency for Research on Cancer (IARC), and the Centre for Disease Control (CDC) to be a cancer registry hub for the Caribbean to strengthen existing cancer registries in the Member States.

Dr.Hospedales said, “Cancer prevention and control is certainly not beyond us in the Caribbean.

Collaborative, multisectoral, multidisciplinary action supported by good data is urgently needed to impact this problem in our region. Let us use World Cancer Day 2015 to mark the start of concerted actions in our countries for reducing the scourge of cancer in our Caribbean!”