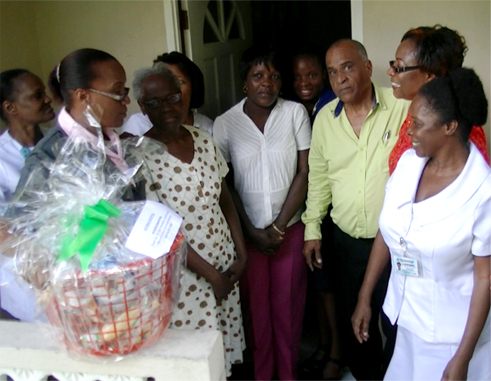 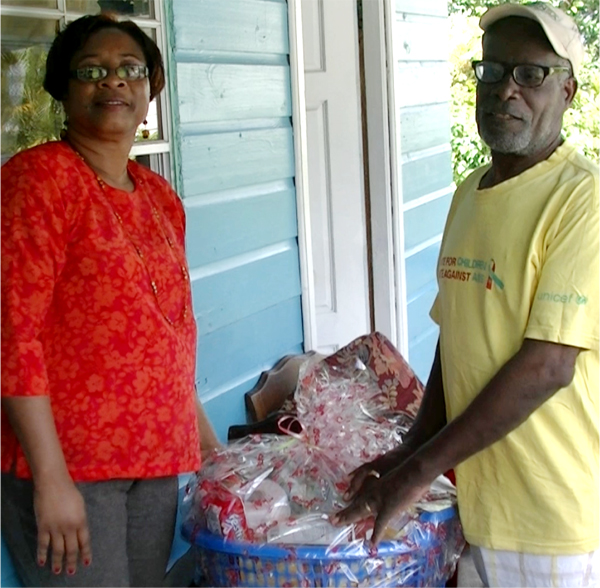 THE island’s main health institution has embarked on creating a more positive image of itself by showing members of the public that their courtesies extend further than medical care.

For the second consecutive year, staff of Victoria Hospital, through the staff development programme last week arranged and participated in the distribution of ten grocery hampers to former and current staff members in need of assistance.

Departmental Sister at VH, Nurse Rita Mason said: “Victoria Hospital wants to tell the public that we don’t only give medical care but we are the sort of people who like to reach out in other ways to the public and the people of St. Lucia.” 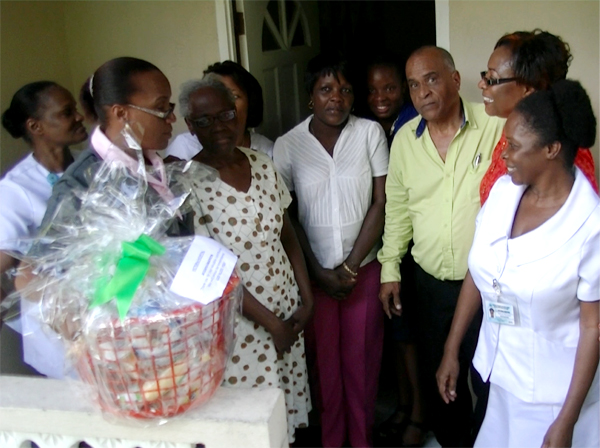 Mason applauded the efforts made by staff members from different departments including clinical staff, support services and accounts.

She said: “It’s a good initiative. It is ongoing and we’re hoping that we can continue into next year.”

Mason added that there are other activities slated with the aim of getting staff to work together to achieve goals of the hospital. 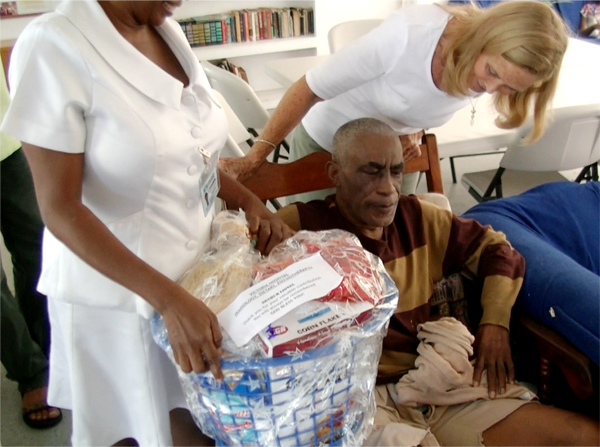 Rosemond George of Cacao, Babonneau who was one of the grateful recipients is a former orderly. A surprised George said: “It brought tears to my eyes because I was not expecting this and I’m very happy that everybody is still there with me.”