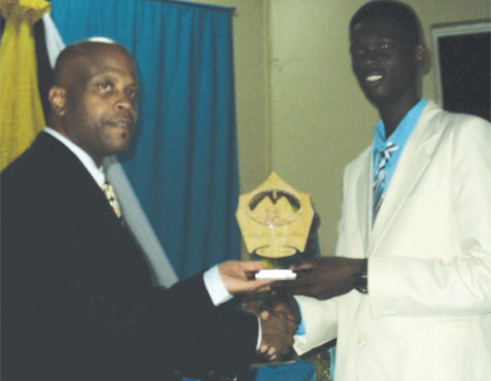 THERE was only standing room available at the Pastoral Centre in Marisule last Saturday evening when the St. Lucia Athletic Association held its annual awards ceremony.

On Tuesday, The VOICE highlighted the senior male / female “Athlete of the Year” personalities for the year under review in the persons of Corneil Lionel and Levern Spencer. Today we present to you the Juvenile male – Antonio Maynard and Juvenile female Julien Alfred as well as. Junior male – Mickey Ferdinand and Junior female – Rochelle Ettienne “Athletes of the Year”.

The Juvenile Male Athlete of the Year, Maynard, captured two gold medals in the long jump with a leap of 5.28m and high jump clearing 1.45m at the 1st National Bank St Lucia Limited 14 and Under Games. At the Independence Games Maynard copped the silver medal in the 80m in a time of 9.97 seconds.

His good run on form continued at the National Championships when he won gold in the long jump with a leap of 5.70m.

The 2014 Juvenile athlete Julien Alfred, at the Independence Games won gold in the 80m in a time of 10.18 seconds and the shot putt with a throw of 11.03m. At the Leon Hess Comprehensive Secondary School’s annual sports meet she won gold in 100m, 200m, javelin and shot putt events. These performances earned her the VictrixLudorum title.

At the 1st National Bank St. Lucia Limited 14 and Under Games she won four gold medals, in the 80m, 300m, shot putt (establishing a record throwing 10.50m) and in the 4x100m for Survivors. She also won a silver in the 4x300m. She also won the 14 and Under Category VictrixLudorum title. 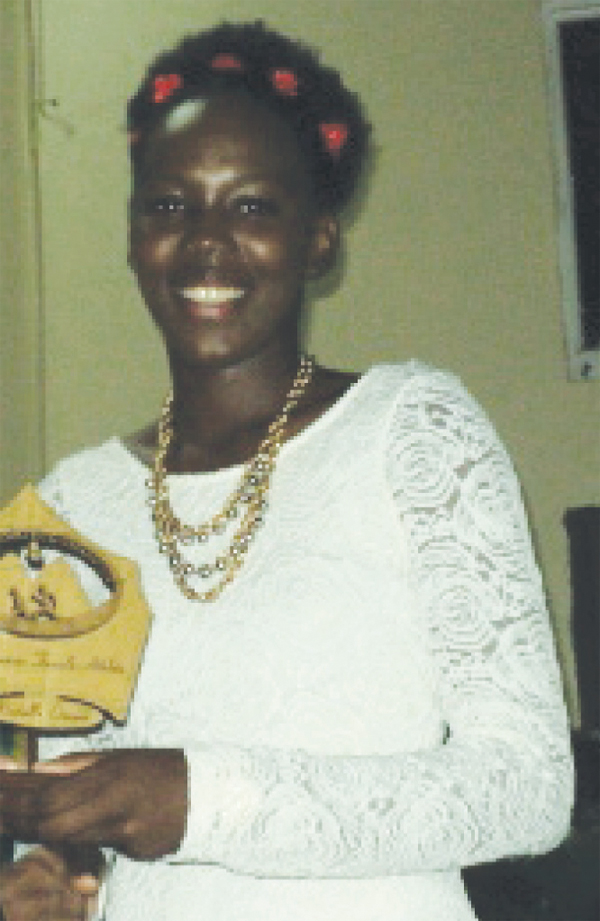 At the Caribbean Union of Teachers Games in Trinidad and Tobago she won the silver in 100m in a time of 12.19 seconds and silver medal in the shot putt for her 10.85m throws.

Standing well over 6 feet tall the Junior Male Athlete for the year, 19 year old Mickey Ferdinand, emerged champion when he captured gold in the Pole Vault at the CARIFTA Games in Martinique with a height of 3.80 metres. On the local scene representing Abilene Wildcats, Ferdinand won the silver medal at the Independence Games in the High Jump Event with a leap of 1.95m. He won two silver medals at the National Junior Championships in the pole vault clearing 4.00m, and in the high jump after clearing 1.95m. At the National Individual Championships he won the silver medal in the High Jump event with a jump of 1.90m

The gold medal performance at the National Junior and National Individual Championship earned her the SLAA VictrixLudorum trophy for both championships.

Her gold medal performances in the shot putt throwing 11.87 and javelin throwing 33.94m at the Inter secondary school sports earned her a place on the 2014 CARIFTA Team to Martinique where she came in 7th in the Javelin event with a throw of 35.31m, and 17th in shotputt with a throw 11.36m.

Her dominance in the javelin was not only confined to local events. She is the reigning 2014 OECS Javelin champion and at the Windward Island School Games she was the bronze medalist in the javelin after throwing 35.74m.

Rochelle was able to close off 2014 when she represented St. Lucia at the Youth Olympics Games accomplishing her best performance in the javelin for the year of 37.41m.