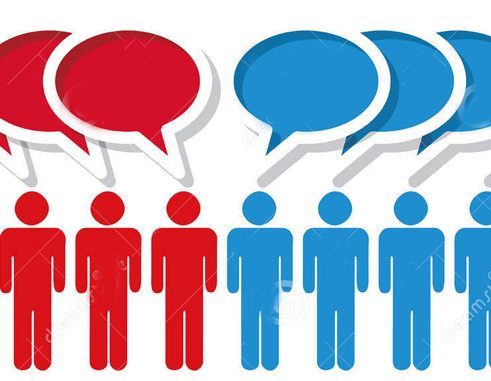 “TOO often we enjoy the comfort of opinion without the discomfort of thought” John F. Kennedy

Many have expressed their dismay at the manner in which a wide cross section of the public goes about discussing and analyzing issues which affect the country’s development. To a surprising degree, persons seem to be either uninformed or misinformed, spinning their opinions into a web of confusion. At worst, they just may succeed in convincing others with their erroneous or fallacious arguments especially when those persons take to call– in programmes and social media to vent their so–called opinions to a wider audience.

Before commenting further, let us distil the terms “misinformed” and “uninformed”: if you are misinformed you have wrong information and if you are uninformed it means you do not have knowledge of a particular situation or subject matter. To fall into this category means that one should hold back on opining, at least not publicly, until one has read, researched, spoken to informed persons, listened to experts who can explain (if the issue is technical or an area of professional specialization) in order to better appreciate issues or subject matters from an unbiased standpoint.

Beyond a right to an opinion, there is nothing wrong in justifying that right by adding the value of intelligent thought to the forming of opinions as well. Bereft of sound information and sound judgment, there is often very little to grasp in the content of the speaker’s contribution except for emotionalism or the narrow context of his/her own personal experience, which is highly subjective.

Let us take for example the raging debate on the adjustments to the price of gas and other petroleum products which came into effect on January 12. Most talk shows were buzzing with contributors who seem to be mainly analyzing the issue on the basis of their own assumptions or along the lines of their party allegiances, hearsay and speculation.

Some callers glibly suggested that other Caribbean islands may have a different method of calculating “their” Market Pass Through and so could arrive at a lower price adjustment than Saint Lucia’s. At this point in their argument they left their audience hanging with nothing substantial to go on.

Abetta Country is certain that information on how other OECS territories calculate their Market Pass Through System is readily available. After all, the OECS Secretariat is headquartered right here in Saint Lucia. The fact is that in any of the regional territories, like Saint Lucia, the price at the pump is not customized to suit the country, because the increase or decrease in the prices of gas and petroleum products depends on international market conditions. It is truly amazing to hear where persons have taken this debate because they are either misinformed or uninforme

My point is that speculation and the spread of ignorance can be reduced only if persons were industrious enough to educate themselves on the matters that they are passionate about before they speak at a certain level, where what they say may influence the minds of others.

In this era of increased literacy, the internet, smart phones and increased access to information from government and other institutions, Abetta Country has long sensed certain passivity, reluctance on the part of our people to seriously inform themselves on current issues. Nevertheless, most persons would like to think that they have a valuable contribution to add to the discourse of the day.

Perhaps this difficulties that many apparently face with critical thinking, and in their opinion –forming and decision– making processes, is a failure on the part of our education system. This probable failure is further compounded by deep political polarization which hinders persons from recognizing just how important it is to think for themselves, free of the distracting political bells and whistles that often come with national issues.

Warren Buffet said this: “A public opinion poll is no substitute for thought”. His words, as well as that of John F. Kennedy are very applicable to this country where we generally prefer to have an opinion than to think.