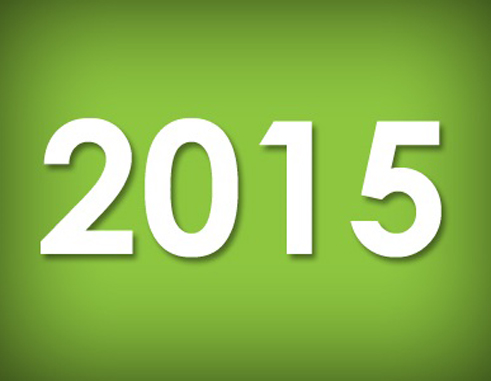 LIKE any other new year that came before it, 2015 will undoubtedly serve up a number of challenges for Saint Lucia and Saint Lucians. How best we deal with these challenges rests squarely on how proactive, resilient, united and focused we are. We can either run with it progressively or be left in the stands when it’s all over in December.

Around this time last year much of our attention and efforts were focused on restoring normalcy to an island that was battered by an unrelenting Christmas Eve trough. Many of us saw the uninhibited kindness and outpouring of nationalistic sentiments throughout that recovery process. While many had the daunting task of putting their lives and worldly possessions back on good footing, others who lost loved ones to the trough found it difficult to move on. We all managed to pull through in the end.

This year is likely to be one where the ante will be upped by the local political parties seeking to outdo each other for when next general elections are called. The bombardment on many fronts by the political players will no doubt become harsher and nastier. The citizenry’s meandering through the maze of political rhetoric will undoubtedly need to take on a more analytical approach, especially as we experience tough economic times and dire social conditions.

On the social and economic fronts, many Saint Lucians would have by now made resolutions to do great things to achieve positive results that were probably put on hold last year. High unemployment levels and cost of living are forcing many Saint Lucians to make intolerable sacrifices to the point where apathy is now becoming a regular open-air affair. This year will prove whether more people join the breadline or are in a position to actually buy bread.

On the surface, there are a number of outstanding issues the government will need to deal with as soon as possible. The current impasse between the Civil Service Association (CSA) and the Government Negotiating Team (GNT) regarding wage negotiations is among the top priorities. Another is government’s proposed plans to create employment opportunities for many Saint Lucians while having to reconcile that with a budget deficit close to $100 million. Of equal importance, too, is improving the healthcare system, especially since the new national hospital is set to open its doors this year.

Confronting these challenges will obviously be met with the usual hue and cry that government’s purse strings have had to be tightened. As it stands, tourism is the only sector that is making any real strides to the economy with officials already singing praises for a prosperous 2014. How the government manages to source the requisite funding to undertake its pledge to the electorate will require a higher level of ingenuity. In the end, however, the electorate will need to recognize that whatever the government plans to do come from the heart and is not merely a last-minute effort to secure votes.

The new year is already three days old and a new way of thinking, working and producing should be the order of the day.