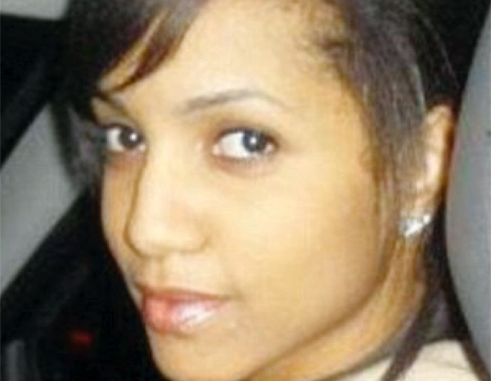 AN inquest into the July 2012 death of an aspiring British dancer on a holiday in St Lucia has ended with a verdict of manslaughter, according to a British newspaper.

Hannah Defoe was electrocuted while swimming in a pool at the hotel, Juliette’s Lodge in Vieux Fort where she was holidaying with an aunt.

The inquest which took place in Vieux Fort, started in February 2014 and took almost a year to hear evidence from all parties concerned with the tragedy, the newspaper said.

Giving evidence to the St Lucian inquest via video link in November her aunt Janet Defoe, who was on holiday with her niece at the time, told the inquest jury that Hannah had been swimming in the pool when suddenly she called and sank beneath the water.

She told of repeated attempts to rescue her niece from the pool – but the water was inexplicably live and no one was able to dive in to save her without themselves suffering electric shocks.

Reading from her witness statement she told the jury and Magistrate Robert Innocent: “I ran to the pool and when I got there I saw Hannah’s body stretched out at the bottom of the pool. I jumped into the pool to rescue her.

“As soon as I jumped in I felt a fuzzy feeling over my whole body.”

The British inquest into her death has been repeatedly postponed while the authorities waited for the St Lucian inquest to conclude.

However, now that there is a verdict in the island’s own investigations it is expected that the British inquest can proceed.

Speaking to the Advertiser Hope Defoe, Hannah’s mother, said: “We are very encouraged by this verdict as we were beginning to feel that it was all a charade.

“We are very hopeful that criminal proceedings will follow but have been warned that this could take years.”

Juliette’s Lodge was ordered closed by the Ministry of Infrastructure following the accident after its technical people had inspected the building. The whereabouts of the owners of the hotel were not immediately known.

The delay in concluding the inquest into her death prompted claims in the British press that the government was impeding the process. But the government issued a statement indicating the measures it had employed in dealing with the matter as provided for in the laws of St Lucia.

It said that following the incident, the government launched an inquiry under the chairmanship of Everistus Jn. Marie, to fulfil the obligations under the Electricity and Regulations Act, Cap 9.02. which states “that serious accidents must be reported to the Chief Electrical Inspector and that the Minister may order an inquiry.

In response to the claims that it was impeding the inquest the government maintained that the inquest into the death of Defoe was continuing in accordance with the Coroners Act, adding “this is a judicial matter over which the government of St. Lucia has no control.