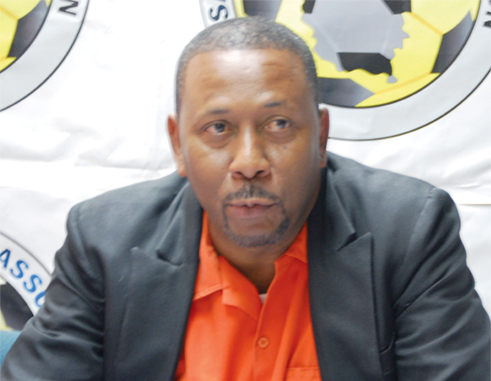 ST. LUCIA senior men’s football team will have every reason to smile as they will be defending the Windward Islands title that they won last year in Dominica on home soil in April.

That’s the word coming from the St.Lucia Football Association President Lyndon Cooper during a press conference held at the SLFA Head Quarters.

Cooper said: “The only disclosure at this time is that the four islands gave their commitment to compete from last year. In terms of the competition venue, date and who is playing who and other logistics for the tournament, these will be discussed when the four Windward Islands Presidents meet in Castries from January 30 – February 2”.

Asked what specific issues will dominate the agenda when the various presidents meet, the SLFA boss said; “The Windward Islands Tournament 2015 and Windward Islands senior women’s football tournament slated for St.Vincent and the Grenadines”.

As to the status of women’s football in St. Lucia Cooper replied, “The plan for 2015 is to take a second look at the entire game. The SLFA is under tremendous pressure for us to make a big start when it comes to the female aspect of the sport. We are not satisfied as to where it has gone in terms of the SLFA restructuring of the game”.

He continued, “What the SLFA plans to do this year is to allow the districts and the various zones to take charge of women’s football and see if we can make it more manageable. The SLFA will put three quarter of the resources allocated to women’s football directly into the various communities to ensure the SLFA get the end results”.

Cooper added: “We have already committed ourselves to play at the Olympics Qualifiers for Women, and the Windward Islands Women’s Tournament, while the under – 15 / 17 Girls will be in the heat of things for CONCACAF qualifiers in 2016. The SLFA definitely will have to do a quick start in terms of moving faster”

Meanwhile, the SLFA Under – 15 tournament will kick off on Saturday and the Royal Club Under – 23 National Championship will commence in February. The much talked about Fantasy Football Championships will start in March.

Events and Competition coordinator for the SLFA Victorin Lawrence, who was also present at the press conference said, the Association has written to FIFA requesting a Grassroots Course and Festival, FIFA had replied and the event will now take place from Sunday March 22 to 28, Lawrence said.