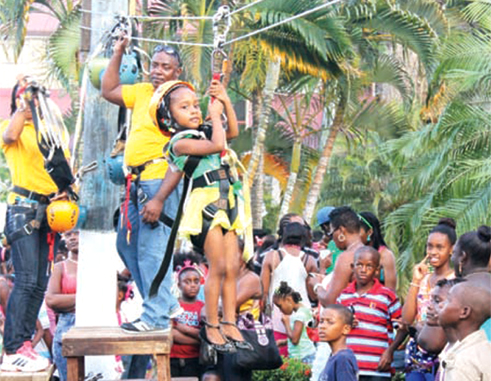 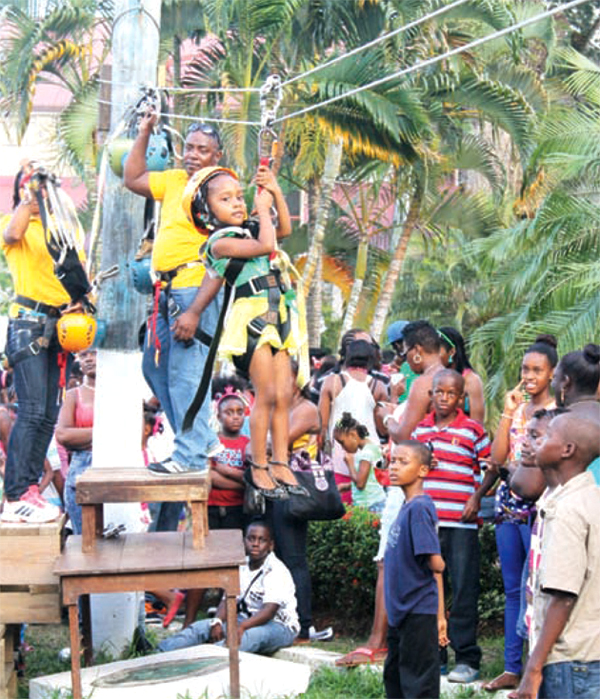 THIS year’s Assou Square seems to have been one of the best in years, according to feedback from many patrons The VOICE spoke with when the event was hosted last Thursday and Friday at Derek Walcott Square.

The event, which has been held annually for the past 75 years, finally returned to its original venue after being hosted at other venues for the past three decades. Hundreds of patrons came out to partake in the fun activity which catered to both adults and children.

For many patrons, this year’s Assou Square’s venue had a special meaning. For cultural activist, Michael Gaspard, it made him feel like the youngster he was when he last attended Assou Square at the Columbus Square (later renamed Derek Walcott Square).

“Actually, I like the venue. I think that Castries makes it a must-be venues for all these reasons: accessibility, security control and lighting. That makes it a lot easier to manage. There’s also the historical value of the event,” Gaspard told The VOICE last Friday.

Gaspard said what he recalled most about the Assou Square event back then was that there were not that many entertaining activities as was the case today. Back then, he said, it was all about socialization and cinema afterwards. He seemed especially pleased with how the organizers had designed the event with the bulk of the sales conducted outside the venue and the entertainment confined within the Derek Walcott Square.

According to Gaspard, Assou Square’s return to its original host venue signified the end of a long hiatus for him and the event. That fact, he said, came with fond memories of the event.

“It’s very nostalgic for me. I haven’t been to Assou Square ever since it left its original venue. Now I’m back. So what does that tell you? I met a lot of my contemporaries and they are also enjoying it. It’s in Castries and that’s the beauty of it,” Gaspard explained.

When the Castries Constituency Council (CCC) announced last month that Assou Square was returning to the heart of the city, many concerns were raised regarding the logistics. There were also fears that security would be an issue. However, organizers seem to have done a remarkable job at pulling off a virtually successful event on some levels.

The consumption of alcohol by young children and parents temporarily losing control of their children were among the sore points of this year’s Assou Square. Although these incidents have fueled concerns over the years, organizers have repeatedly stated that they make concerted efforts to eradicate them.

The VOICE contacted the CCC and the Royal Saint Lucia Police Force yesterday for their feedback in managing the event. However, up to press time – and after repeated calls – we were told that key stakeholders involved in hosting the event were still engaged in an important meeting.